Wounded veterans should be able to attend a retreat without getting harassed by snotty, entitled fraternity brothers. But the most recent Warrior Beach Retreat, held in Panama City Beach, was ruined by the actions of students belonging to the University of Florida and Emory University chapters of Zeta Beta Tau. 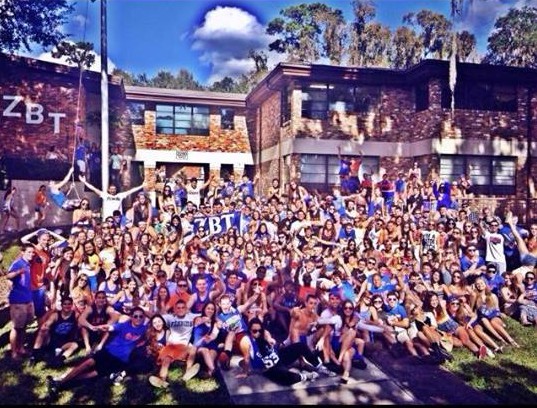 The University of Florida and a campus fraternity have apologized after coming under fire for the behavior of students who harassed and disrespected a group of wounded veterans on a retreat in Panama City Beach.

Linda Cope, founder of the Warrior Beach Retreat said the students’ behaviour was disgusting, according to the local NBC affiliate WJHG.

“They’re a total disgrace for our military,” Cope told WJHG. “They were urinating on the American flag and throwing things off of the balconies.”

According to the veterans, the students spit at them and threw beer on them from their balconies.

“They actually spit on me and my service dog as well and that’s just so disrespectful and it hurts,” wounded vet Nicholas Connale told WJHG. “I come and I feel honored and I feel safe and that I belong, but now I feel like I’m defending myself.”

The UF president has promised an investigation, fraternity operations have been suspended, and their chapter president has sworn that members responsible will be kicked out; Emory claims that their investigation found that none of their students were responsible. One can only hope that this incident will not be brushed under the rug, and that fitting punishments will be doled out sooner rather than later.