Turkey Finds NASTY Trump Present Waiting For Them After They Menaced U.S. Troops…

If you can call them “allies,” Turkey had recently hit United States-backed forces in Syria with its own forces last week, which brought in “a significant number”[1] of casualties, and possibly put the safety of our own fighting forces in harm’s way as well.

Turkish military forces were directing airstrikes in Northern Syria, which resulted in real casualties among our allies, the Kurdish soldiers fighting ISIS. 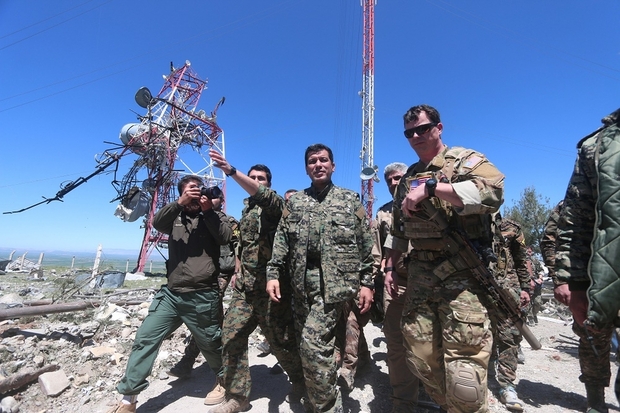 The Kurdish People’s Protection Units, or YPG fighters, have been “integral in fighting ISIS,” according to Air Force Col. John Dorrian, the spokesperson for Operation Inherent Resolve and the attack by the Turkish military.

What was really bad was that American forces were in the vicinity of where the attack had taken place, easily putting our own troops in needless harm’s way. Dorrian continued, saying, “We had forces within six miles of the strikes.”

Those United States forces were advised of the imminent strike from our so-called allies “less than an hour” before the strike went down — which was far less time than is what would normally be required to move our forces and ensure that they were at a safe distance.

In response to the bombing, we decided that it would be best to move our military, specifically a number of armored vehicles, closer to Turkey’s border with Syria, hoping that it would prevent Turkey from putting our troops in further peril.

But no, that didn’t work at all.

Ilnur Cevik, the senior political adviser to Turkish President Recep Tayyip Erdogan, claimed that if the Kurds and American forces were to keep working together, then whatever happens to the Americans is totally on them and they could not be blamed.

“We won’t be considering the fact that there are armored American vehicles… All of a sudden, by accident, a few rockets can hit them.”

“It was an unsafe way to conduct operations. It’s a very complex battlefield here. And we just want to make sure that coordination is done so that we can get these things right and prevent the types of incidents that we saw here, which included the killing of Peshmerga soldiers …”

In John Hawkins’ new book, ‘101 Things All Young Adults Should Know’, he teaches in number 16, “Be nice until it’s time to not be nice.” Turkey is really starting to show its aggression and if they keep going down this path, I doubt that the US will continue to let it go.