US pulling Patriot missiles from Turkey… so is Germany

What the bloody hell is going on with Turkey?[1] Suddenly the US and Germany are pulling their Patriot missiles from Turkey. The media is emphasizing the point that the Kurds are Marxists… but, the Turks are radical Islamists who have partnered with the Islamic State to take out the Kurds. So, the US and Germany pull out to let the Turkish government finish off the Kurds. The Kurds are the ones that were protecting Christians by the way. I am in full agreement with Denise Simon at FoundersCode.com… it is part of the Iran Deal where under the P5+1, John Kerry and Wendy Sherman, along with the White House, gave up yet another major item… missile defense. Iran and the IRGC must be delighted. This is part of one of those uber secret side deals we weren’t allowed to know about. 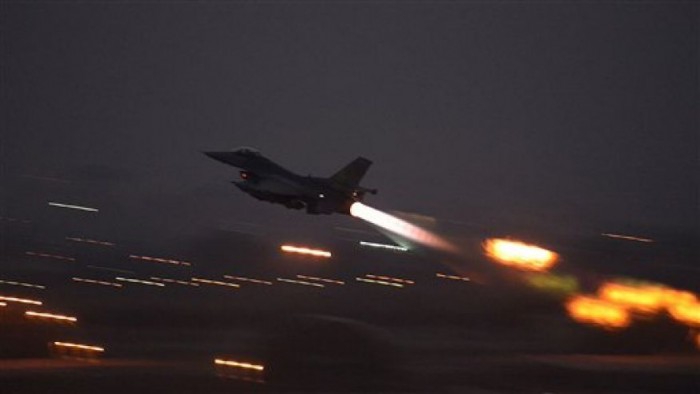 In this image provided by the U.S. Air Force, an F-16 Fighting Falcon takes off from Incirlik Air Base, Turkey, as the U.S. on Wednesday, Aug. 12, 2015, launched its first airstrikes by Turkey-based F-16 fighter jets against Islamic State targets in Syria. (Krystal Ardrey/U.S. Air Force via AP))

The U.S. military is pulling its Patriot missiles from Turkey this fall, the U.S. Embassy in Ankara announced Sunday.

The Patriot missiles “will be redeployed to the United States for critical modernization upgrades,” according to a statement from the U.S. Embassy in Turkey.  “This decision follows a U.S. review of global missile defense posture.”

“The U.S. and NATO commitments to the defense of Allies – including Turkey – are steadfast,” the statement said.

It is unclear if the decision to pull the missiles is in response to Turkey’s unannounced massive airstrike against a Kurdish separatist group in northern Iraq on July 24. The strike endangered U.S. Special Forces on the ground training Kurdish Peshmerga fighters, angering U.S. military officials.

The U.S. military was taken completely by surprise by the Turkish airstrike, which involved 26 jets, military sources told Fox News[3].

Patriot missiles have been upgraded in recent years to shoot down ballistic missiles, in addition to boasting an ability to bring down enemy aircraft. The U.S. military has deployed these missiles along Turkey’s border with Syria.

Germany to Withdraw Patriot Missiles From Turkey in 2016[5]

Berlin:[6] Germany on Saturday said it would withdraw its two Patriot missile batteries from Turkey early next year, ending its role in a three-year NATO mission to help bolster the country’s air defences against threats from Syria’s civil war.

The German army, known as the Bundeswehr, said on its website that the mandate for the mission would run out on January 31, 2016, and would not be renewed.

Germany will also call back around 250 soldiers who are currently deployed in southeastern Turkey as part of the mission, the statement said.

“Along with our NATO partners, we have protected the Turkish people from missile attacks from Syria,” Defence Minister Ursula von der Leyen was quoted as saying in the statement.

More genocide on the way and the world just stands by and watches. Except for Obama, who is openly assisting with it. Trust me when I say we are on the wrong side on all of this. It’s almost as if Obama has made an arrangement to help Iran control all of the Middle East and become a world power. Germany is now complicit in this scheme. This is very serious and very, very bad. After the Kurds, Syria is next. This has nothing to do with Turkey fighting ISIS. They are using them as proxies… killing machines to take out their little Kurdish problem on their border. The US and Germany taking those missile defense systems out of there is a prelude to war. I have no doubt of it.