VA to Iraq War Vet: ‘We’re Not Accepting Any New Patients — not this clinic’ [Video]

This is outrageous.[1] It’s wrong on so many levels, I can’t even process it. Now, we are actively turning away our vets. This is just disgusting and the fact that no one would believe him until he got it on video just infuriates me more. You can bet that if he had been an illegal alien, transgender or some kind of militant Islamist, they would have been all over him… helping out and catering to his every whim. But since he’s just another Iraq war vet, meh. This scandal was never ever really addressed… no one was truly reprimanded. Our boys and girls who put their lives on the line for our sorry butts are turned away and treated as if they don’t matter. I say shut down the VA and start over. 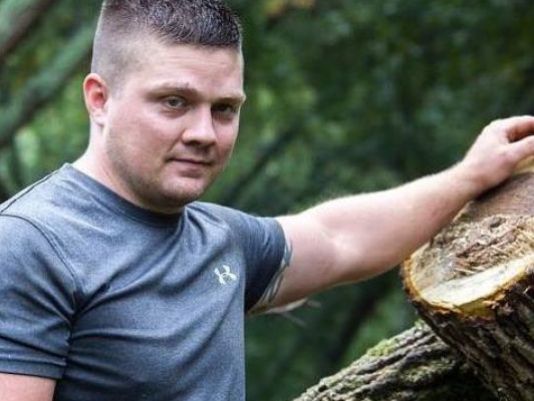 Sounds like the Obama regime really fixed the problems, right?

According to Dorsey, his previous experience– getting turned away at the VA clinic in Lawrenceville, Ga.,–prompted him to bring his camera to the Oakwood facility.

“I told my family about this stuff happening and they’ve said, ‘You are crazy, no one would do that.’ Well, the video explains it,” Dorsey said after posting the video on Facebook and Youtube.

A few years ago, the VA paid for him to see a civilian psychologist for his service-related post-traumatic stress — therapy he described as “extremely helpful.”

He is seeking treatment again for what he says are worsening symptoms.

But it seems unlikely he’ll get that care close to home. His only remaining VA option is the medical center in Atlanta, Ga., more than 50 miles from his home.

The VA last year introduced a program — VA Choice — that would allow Dorsey to see a civilian therapist, but until he spoke with a fellow veteran at a nearby veterans’ outreach group about his recent experiences at the two clinics, he’d never heard of VA Choice.

This is what Obamacare for the military looks like. Uncaring, unresponsive and incompetent. They waste money on gender neutral restrooms and Obama and family jet around the globe spending millions, but nada for our warriors. Nothing but contempt for them. I imagine VA Choice is just a sick joke, only the vets aren’t laughing. This is a national disgrace and should not be tolerated. I am sick to death of our soldiers not getting benefits and being treated like this because of politics and negligence. I don’t care if they are overwhelmed by large numbers of vets. They could at least refer them to someone who will help them instead of saying they’re not taking any new patients. No wonder veteran suicides are off the charts. The VA is swimming in their blood.