After being exposed[1] for putting suicidal military veterans on hold or not answering them at all, the utterly predictable has now been verified. A veteran committed suicide a day after his call to the suicide hotline was sent to voicemail. Illinois veteran Thomas Young had served two tours of duty in Iraq and returned to the states in 2004 with a severe case of post-traumatic stress disorder, which led to an increasingly worse drinking problem, for which he sought help at his local VA hospital. The hospital said he wasn’t suicidal and turned him away. Young had tried to commit suicide multiple times over the years and all that happened was that he wound up on one of the VA’s infamous waiting lists. 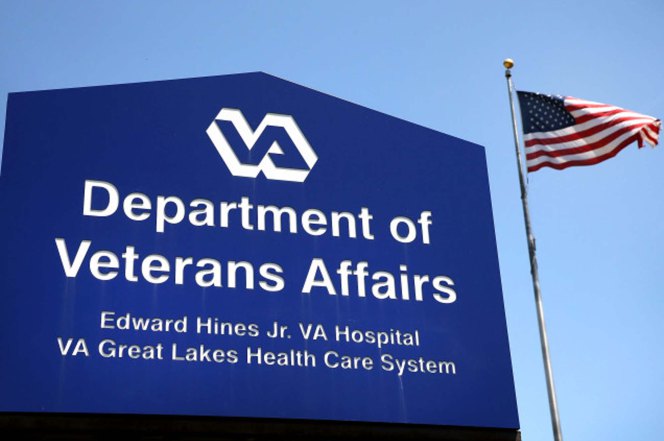 It was publicly revealed recently that a Department of Veterans Affairs crisis hotline[3] set up specifically to assist and counsel suicidal vets was not working as intended or advertised.

In fact, many distressed veterans calling the hotline would find themselves placed on hold, transferred back and forth among seemingly uncaring operators, or even sent directly to a voicemail messaging system[4] that was infrequently monitored.

Now it turns out that the worst potential fears of this abominable mistake have been realized, as a suicidal veteran proceeded to kill himself a day after calling the crisis hotline and being sent to voicemail, according to The Daily Caller[5].

In July of 2015, he called the suicide hotline, but was forwarded to the voicemail system. Leaving behind his wife and two young children, he laid down on some railroad tracks and was killed by a passing Metra train outside of Chicago. The following day, the VA returned his call. Literally, a day too late and a life too short. The VA is beyond broken. It needs to be gutted and have a severe do-over with competent, caring people put in charge. The incident was revealed in a hearing Thursday by Sen. Mark Kirk, chairman of the subcommittee on VA appropriations. VA undersecretary Dr. David Shulkin said what happened to Young was “totally unacceptable” and “there was a two-week period of time where calls went to voicemail.” Shulkin blamed a contractor for the problem, but could not say what the name of the contractor was, pledging to follow up. Kirk is calling for the resignation of the manager overseeing the hotline. The VA responded by mocking the senator. The VA is a massive disgrace that should have been dismantled and redone long ago. 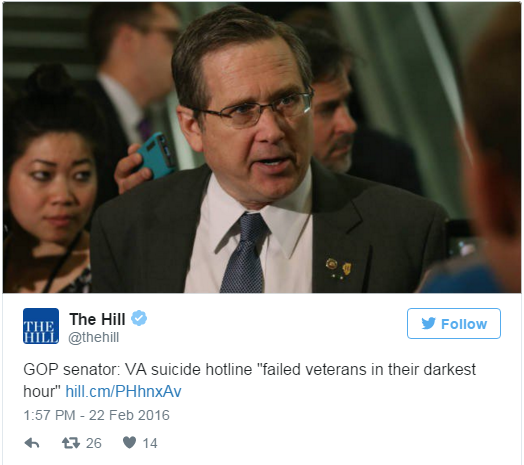