The handling of veterans in Veterans Affairs (VA) hospitals is an incomprehensible scandal and a blot on our history. Never before in my life did I ever think that men and women who fight, bleed and die for all of us here at home, would be treated as second class citizens[1]. We treat cats and dogs better than we do these heroes, and now the federal government has found another way to make them suffer. 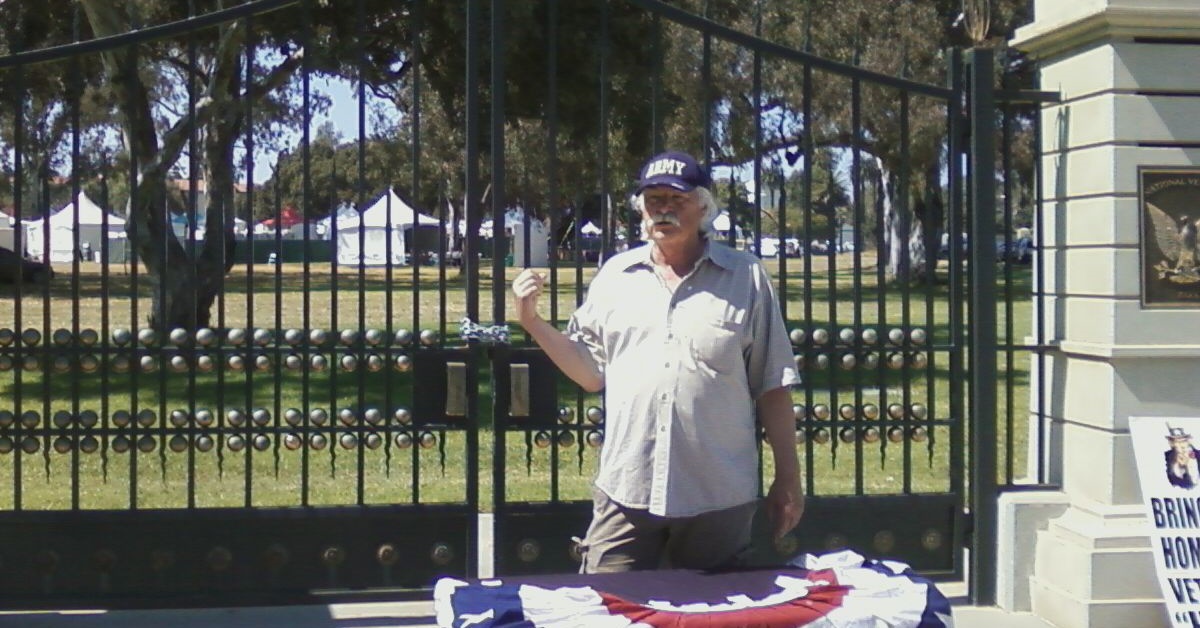 Criminally charging a 74 year-old veteran for hanging an American flag on a fence.

Robert L. Rosebrock, a Vietnam-era veteran who is looking at federal criminal charges for displaying two four-by-six-inch American flags outside a Veterans Affairs fence on Memorial Day last year, has his trial scheduled on March 7, 2017, in Los Angeles.

Rosebrock also is being criminally charged for taking photos of an arresting police officer, aas he was detaining Rosebrock for hanging two small American flags outside the center.

A handful of veterans, along with Rosebrock, would gather at the park every Memorial Day to protest the abuse and neglect that the federal government has been committing upon veterans around the nation.

The fence that he attached flags to is called the “Great Lawn Gate” entrance to the Los Angeles National Veterans Park, a public park on the corner of Wilshire and San Vincente Boulevards in the Brentwood area of Los Angeles. The gate and park serve as only a section of the 388-acre parcel that includes the Veterans Home of West Los Angeles.

Inch by inch, it seems the federal government attempts to increase its size and power. This has to stop and it needs to be before it’s too late. The complacency of the public is hurting the cause of freedom and there needs to be a shift back to the personal freedoms and liberties that many have died for.