After 40 vets died while languishing on a secret waiting list at the Phoenix VA hospital, Obama proclaimed that he took the issue of VA mismanagement “very seriously.” He even barked, “I will not stand for it. There must be consequences.” The problem ought to be right up his alley, considering that it involves Big Government providing healthcare. Two years have passed; the Moonbat Messiah should have it all fixed by now. Just to make sure, let’s check in on the state that launched his political career:

The whistleblower, whose identity is not being revealed for fear of retaliation, complained last month to the VA’s inspector general about the Edward Hines Jr. VA Hospital’s handling of veterans’ remains in cases where families have not come forward to claim the body. The complaint singled out Christopher Wirtjes, chief of Patient Administrative Services, saying “The Chief of PAS has the funds available, yet has no sense of urgency to lay the veteran to rest.”

Of course the funds are available; the Obama Administration has been setting new records for revenue. If giving money to bureaucrats solved problems, we would have heaven on earth by now.

On at least one occasion, a body had liquefied and the bag burst when staff had attempted to move it, said Alissa McCurley, [Senator Mark] Kirk’s deputy chief of staff.

Politics these days makes you feel like you are living in a horror movie. If only we really were. Then we could watch the vets escape the morgue and seek their just revenge. 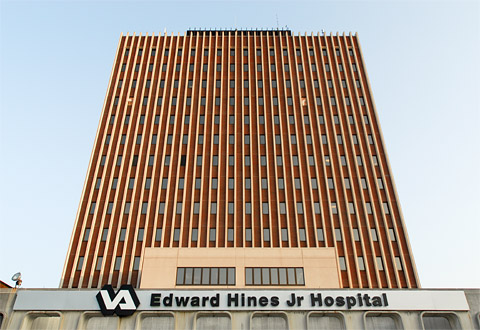 On a tip from Troy. Cross-posted at Moonbattery.