The Army is getting a new toy[1] and it’s a doozy. Lockheed Martin is gifting them with a small ultra-powerful laser weapon system. Just the trick for taking down drones, rockets or aircraft… or for taking out targets on the ground if you so desire. Press a button and your target gets obliterated. The munition is a killer beam of light that never runs out of fuel.

It can take out multiple threats, so if there are a number of drones or rockets coming at you, they can just take them out one at a time. They say it is a 30 kilowatt system. They are working on a 100 kilowatt one currently. This is definitely meant for the battlefield and will put our enemies at a distinct disadvantage. As long as you have line of sight, you can use this with deadly accuracy. 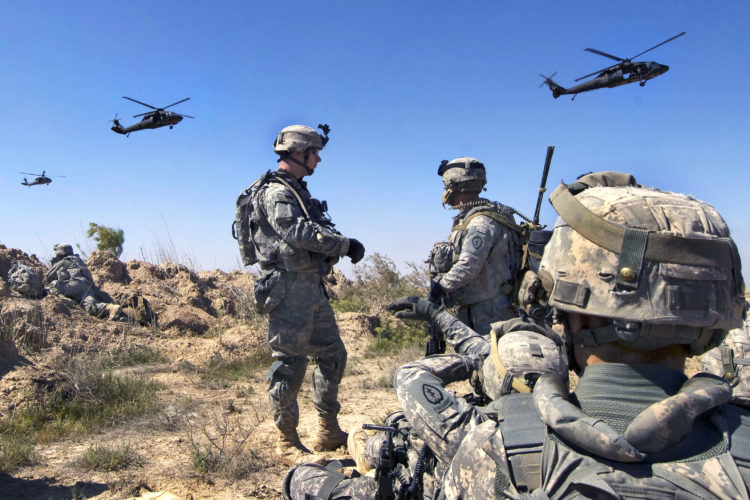 The U.S. Army is about to make a technological leap as it prepares to field a small, yet ultra-powerful laser weapon system.

Lockheed Martin announced[3] it had completed the design, development and demonstration of the Army’s new laser in a press release Thursday. The 60-kilowatt laser is one of the most powerful of its kind, and could be delivered to the Army Space and Missile Defense Command/Army Forces Strategic Command in Huntsville, Ala., in a matter of months.

“Delivery of this laser represents an important milestone along the path to fielding a practical laser weapon system,” said Vice President Paula Hartley, head of Advanced Product Solutions within Lockheed’s cyber, ships, and advanced technologies line, in a statement. “This milestone could not have been achieved without close partnership between the U.S. Army and Lockheed Martin; we are pleased to be able to deliver this system for their further integration and evaluation.”

Laser weapons are nothing new to the U.S. military. The Navy announced[4] in January it plans to mount laser weapons, known as LaWS in military jargon, on ships within the next two years.

The Army will benefit greatly from this technology. Although this is not as powerful as the Navy’s huge 150 kilowatt weapon, the Army laser is much smaller, so it can be deployed on Army vehicles. Not only that, the design is scalable, so more individual lasers can be added to create an even more powerful weapon. It is a major leap in technology and a vital one. This is one of the most powerful lasers of its kind and a step towards far more powerful weapons that are on the drawing board currently.

Lockheed’s weapon is known as a fiber laser, meaning it brings together individual laser beams generated through fiber optics to create “a single, intense laser beam.” “The inherent scalability of this beam combined laser system has allowed us to build the first 60kW-class fiber laser for the U.S. Army,” said Robert Afzal, senior fellow for Laser and Sensor Systems at Lockheed Martin. “We have shown that a powerful directed energy laser is now sufficiently light-weight, low volume and reliable enough to be deployed on tactical vehicles for defensive applications on land, at sea and in the air.”

The weapon is named ATHENA and is 30 kilowatts. It was able to disable a truck from a mile away. With a 60 kilowatt weapon, they could take out swarms of drones or large numbers of rockets and mortars. Considering the numerous fronts and enemies we face currently, this is excellent timing.