Why are so many homeowners assocations seemingly filled with power-mad neighborhood trolls determined to penalize their neighbors over petty crap? One Korean War vet, whose brother is missing-in-action from the Korean War, is being targeted by his homeowners association for flying American and MIA flags. 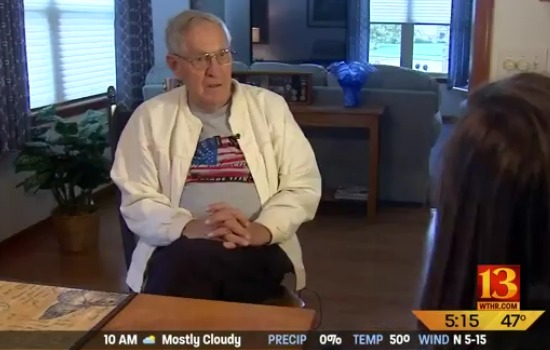 Robert Willits, a veteran of the Korean War, and his wife, Judy Willits proudly fly an American flag, with a Missing in Action (MIA) flag flying below it, in the front yard of their Greenfield, Indiana home.

However, the Fieldstone Homeowners Association has ordered the couple to remove the flags or pay a $500 fine, per a report from WTHR.

Mr. Willits brother, Lester, who also fought in the Korean War, is still missing in action.

“It means a lot to me. We fought for that flag,” Mr. Willits told WTHR.

Are these like the kids in your middle school student council all grown up, except with absolutely no real power of any kind at all in life outside of the homeowners association? The people on this association doing this are ridiculous, and they should be ashamed of themselves.