Jesse Watters is known best for his interviews with people who don’t fully understand the subject matter being discussed. He’s gained most of his notoriety from his segments on The O’Reilly Factor, but he’s broken out of his usual funny act to take an anti-Trump critic to task after he attacked the widow of a Navy SEAL.

I’m glad he did this. These people need to know that their disgusting behavior isn’t going to be tolerated. I mean, who the heck attacks the wife of someone who is being honored by the Commander-in-Chief? 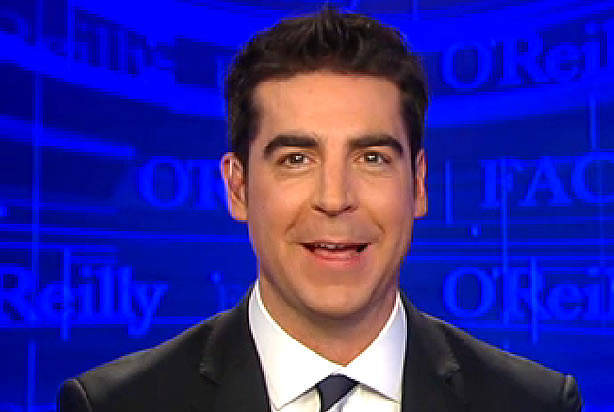 Jesse Watters, the Fox News host known for his humorous man-on-the-street confrontations[3], dropped the comedy act when a guest who’d criticized the wife of a fallen Navy SEAL appeared on his show this weekend, and things got heated — fast.

John Schindler, a former National Security Agency analyst, has been particularly critical of the Trump administration on his Twitter account. The U.K. Independent[4] reported that Schindler had intimated he has information about collusion with the Russians that could send Trump administration figures to jail. No evidence was given about this, mind you, but the liberal media lapped it up.

However, Schindler went too far when he decided to go after the wife of fallen Navy SEAL William “Ryan” Owens on social media after President Donald Trump paid tribute to her during his address to a joint session of Congress.

“Bad decisions happen. War is war. Right until POTUS publicly exploits a widow whose husband’s body is still warm. F*** that. F*** all that,” Schindler wrote in one Twitter post.

“If watching POTUS publicly exploit S/Chief Owens’ widow[5] didn’t make your skin crawl, I worry about you — as an American & a human,” read another.

Schindler tried to explain himself on Watters’ show.

“I have no problem with the president honoring Mrs. Owens,” he said. “What I have a problem with is, hours before, he had passed the buck and said they — meaning the senior military leadership — had gotten her husband killed. ‘They lost him’ is what he literally said.”

“This isn’t about the raid[6],” Watters said. “It’s about this widow and her husband, and it’s about the long service he has given this country.”

“I can’t believe that you would denigrate the service and sacrifice of this family by accusing her of being a pawn for the president,” he continued. “You wouldn’t say that to her face, would you?”

I’m glad someone stood up to this douchebag. You can’t go after a President by using innocent people to do it. That makes you a jerk, I don’t care what political persuasion you claim.