What is it with power-mad homeowners associations trying to control every aspect of a resident’s life? The latest idiocy comes from an HOA that tried to tell an Iraq War veteran that he had to stop flying his American flag — and his response was epic. 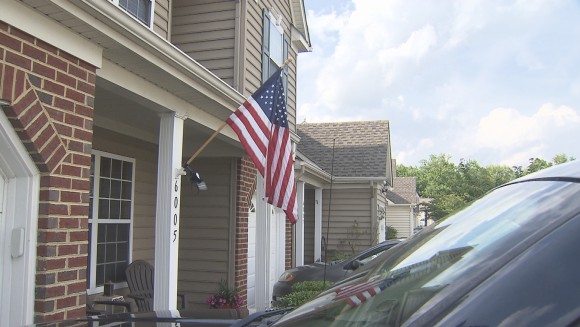 After first being told it was acceptable to post the colors on his front porch, an Iraq War veteran has been ordered by his local homeowners association to take down the American flag from his own property.

Daniel Toner told WAVY that before he posted the flag, he consulted the property manager to get the go ahead. Not long after, he received word that it had to be taken down because a resolution to the HOA guidelines had not yet been approved.

Understandibly, Toner was displeased with this turn of events and responded accordingly. “That flag is staying right where it is,” he said. “This is something that shouldn’t be happening here in Hampton Roads.”

Dana Shotts-Neff, the president of the Chesapeake Bay Management company, said that the association had “no intention of denying anyone the right to fly the American flag.”

However, the association considered the posting of the flag an alteration to the home which means residents would need to apply for permission before flying the flag.

“Absolutely ridiculous,” Toner said. “You shouldn’t even have to ask permission to have an American flag on your property.”

You know, of all people to tell not to fly an American flag, it really shouldn’t ever be any kind of war veteran. They’ve fought and sweat and bled for that flag, watched friends die for it — they’ve earned the right to fly it proudly if they want to, no questions asked.