If anyone wonders why morale in the military is so low, a good way to find out way is to look at what happens to service members who are unfairly imprisoned overseas. One such person is Marine Amir Hekmati, who was taken prisoner while visiting his grandmother in Iran – and Montel Williams is pleading for our government to free him. 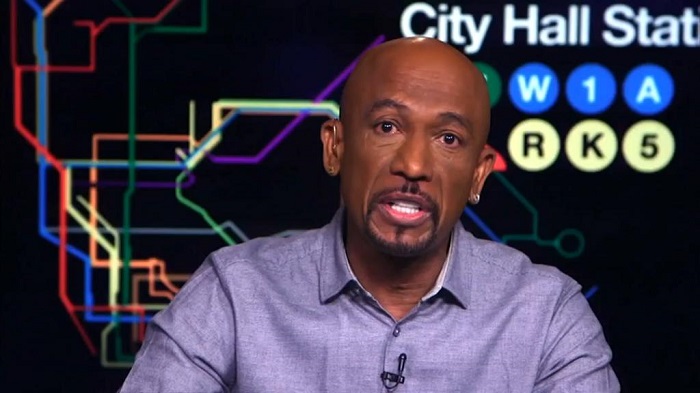 Montel: Glenn, thank you so much for doing this yet again because one of the things you didn’t just say to your audience is remember, you and I about three weeks before we were able to get Sgt. Tahmooressi out of Mexico, did this same thing, had a conversation with your viewers to say please, we’ve got to make a difference. So, thank you again for having me on tonight.

… You know, this is really crazy. You summarized it well, but let me just see if I can make sure your viewers understand. This is a young man who grew up in Arizona, went to high school in this country, enlisted in the Marine Corps, went and fought with our troops in Iraq and fought with honor, was honorably discharged. Every soldier near him will tell you the bravery he exemplified and who he is as a person.

Now, he went to Iran to visit his grandmother who at the time was extremely ill. He went through the entire process here in the United States. Now, let’s just say this, his parents are of Iranian descent. He was born in the United States. He is an American citizen. He has done everything he can do for our country and decided to serve in the military for the United States to show his support for this country.

So, he had to go to another embassy to get a visa to go to Iran. While he did so, he told them everything about his service, good, trusting, honest Marine that he is. He told them, I was in the Marine Corps. He told them I served in Iraq. They said yeah, come on over, yes, come see your grandmother. Yeah, come on over, it’s fine. Gets there, less than three days later, they arrest him, and they arrest him for spying for the United States.

Now, first off, he’s not an Iranian citizen. They arrest him for being a Marine. They sentenced him to death, Glenn. They held him in a deathwatch for about three or four months, and then in absentia go back into court, overturn a death sentence, and sentence him to ten years in prison for cooperating with a foreign government.

Now, let’s explain this completely. He has been in prison now almost four years. This is close to 1241, 1242 days now that he has been in prison. He has been tortured. Not just drugged, they kept him for about nine months in a three-by-three cell where he couldn’t even move. They have beaten him—three and a half years.

They addicted him to drugs, lithium, and then they take him on and off the addiction to torture him more. About three weeks ago, when the president held the press dinner in DC, he named and mentioned by name one of the other hostages, one that’s being held over, their prisoner being held, and he’s the Washington Post reporter. He mentioned his name. The president has also gone to see another prisoner there, his family, not the prisoner, the family of the minister that’s there. He’s seen him.

No one at this point had reached out to the Marine’s family, Amir Hekmati’s family, from our administration, though we had some underlying people but nobody up above. So, two weeks ago when the president said the other name, they went in and tried to emotionally torture Amir a little bit more, saying look, your country doesn’t care about you. They’re telling everybody else’s name and not yours.

Now, fortunately, last week, I, Amir’s sister, Sarah, and her brother-in-law, went down to DC, and we were able to meet—let me tell you, Glenn, this was unbelievable, because when you hear about what’s going on in Washington, we can’t get politicians to even talk to each other, we met from everybody with everybody from Trey Gowdy to Nancy Pelosi, Kevin McCarthy to Raul Labrador. We went in and literally stood in the Rayburn Room and spoke to every one of them coming in and out.

The Speaker, Speaker Boehner, even retweeted Congressman Kildee, who is the Congressman who is Amir’s Congressman, retweeted his message. So, what’s been going on? Since then, this past weekend, Vice President Biden was in it was Detroit or near where the Hekmatis are from. He was there in town. He went and spent a couple hours with the family and is finally now starting to talk to them. So, our efforts to raise the bar and raise the noise is starting to do something. Now, we need to raise the bar even more, and that’s get Iran to number one, stop even the question of including this Marine and the other hostages in any conversation about any deal.

And because of that, what’s happened is Congressman Kildee and a group of congressmen bipartisan now have put forth House Resolution 233. I’ve got to beg your viewers today to call their congressmen, call their senator, tell them we need to come behind this House bill. We need to let Iran know today that one, this man wore our uniform. There’s no law that he broke by doing so, by being an American citizen. Two, all of us listening right, now believe me, our freedom rides on the back of Marines like Amir to hold back Iran if they attempt to send any weapons anywhere within that region that could be used against us.

We have soldiers, sailors, airmen, Air Force men, Coast Guard men, Marines, that are out there waiting right now to put their lives on the line for us, and their payback will be you wear our uniform, if somebody else arrests you and throws you in jail, we’re not going to do anything to come and get you. We’re going to leave you there to rot. Remember, less than 0.6% of this nation’s population has skin in this game when it comes to a uniform on their back dodging bullets to protect this democracy.

We keep turning our backs on those who have done so, wait and see what happens when the next volley of fire starts to come. So, I’ve got to demand, I’m asking, begging, please, Glenn, thank you so much for giving me an opportunity to say this. If all of your viewers will go up right now #FreeAmirNow, and then you can also #HouseResolution233, and we could raise the ire here and make people understand that the democracy that we are trying to shove down everybody else’s throat needs to have people in uniforms to defend.

It is shameful that someone who served their country with honor and dignity can end up abandoned, tortured, drugged, beaten, and alone in an Iranian prison, without our president so much as lifting a finger to help him. Montel Williams has been a tireless crusader on his behalf though, just as he was for Andrew Tahmooressi, and hopefully will have similar success in freeing this Marine.