WOW! Sheriff Joe Just Made A MASSIVE Move In Honor Of Our Vets In Jail Who Need Help!

Sheriff Joe Arpaio[1] has a special place in his heart for incarcerated military veterans. He’s decided that since dogs are known to help so many people that they might be just the ticket for vets behind bars. A new jail program will connect dogs with veterans in prison. Many vets spend a good deal of time with dogs that become their battle buddies while serving on the battlefield. Now, they will bring comfort to them while they serve their sentences. The inmates will also comfort the animals. The dogs who will be sent to the jail were all previously abused or neglected and are now being cared for by female inmates at First Avenue Jail. 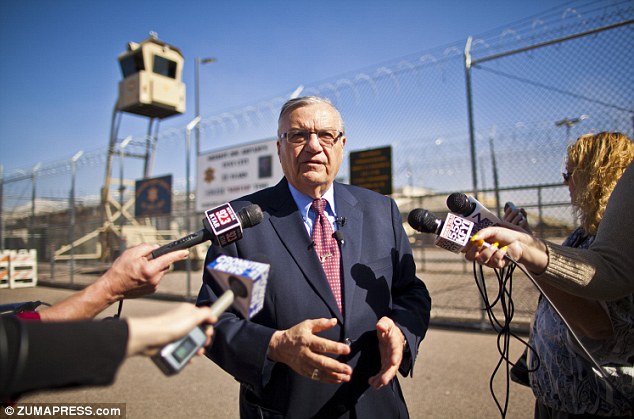 “America’s toughest sheriff”[3] has a soft spot for America’s veterans — even ones who are in jail.

The reason the program was created is heartwarming. Arpaio explained that some veterans spent much of their time in the military interacting with dogs, while others turned to dogs for companionship after returning from a deployment.

“We decided now to bring the dogs into this area, so the veterans can relate to the animals, companionship and therapy. These dogs are in our other jail, they’ve been abused, and I’m hoping the veterans will do something to relieve some of the problems the dogs may have, and the dogs are going to relieve some of the problems the veterans may have,” Arpaio said. The pups will visit inmates every Wednesday and are all different breeds from pit bulls, to labs, to terriers. I think this is a fantastic idea and very kind of Arpaio. “We owe the veteran a special debt of gratitude, even after their issues with the law,” Arpaio said. He also added that if the program is successful, he will consider expanding it to other jails. I hope he does… a little love and kindness goes a long way, especially behind bars. 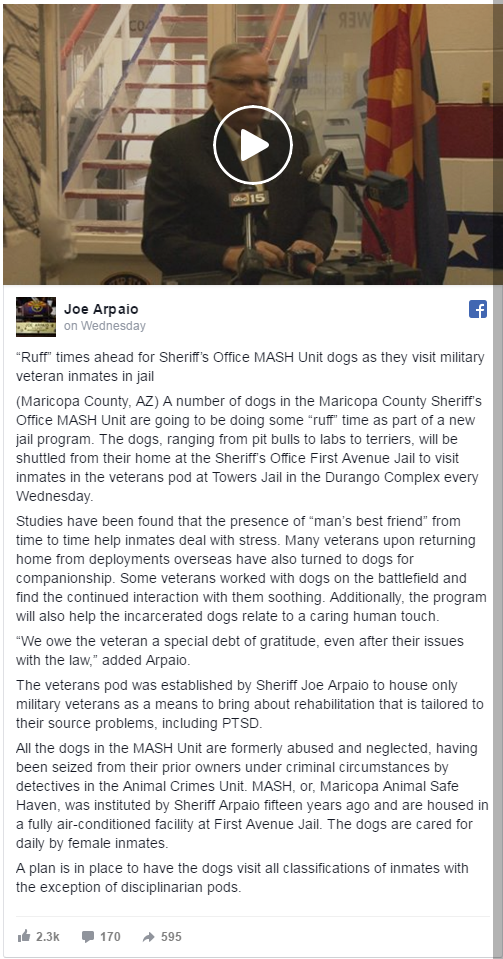