LIB ECON 101: CEO WHO CUT HIS PAY TO GIVE EMPLOYEES ‘$70K MINIMUM WAGE’ PRETTY MUCH RUINED HIS BUSINESS

Seattle bsed Gravity Payments made headlines months ago when they announced a pay increase to $70K a year for everyone. Everyone included the CEO and owner, who took a pay cut from his $1M salary to help cover the costs. There are a few problems with socialism, though[1]….: 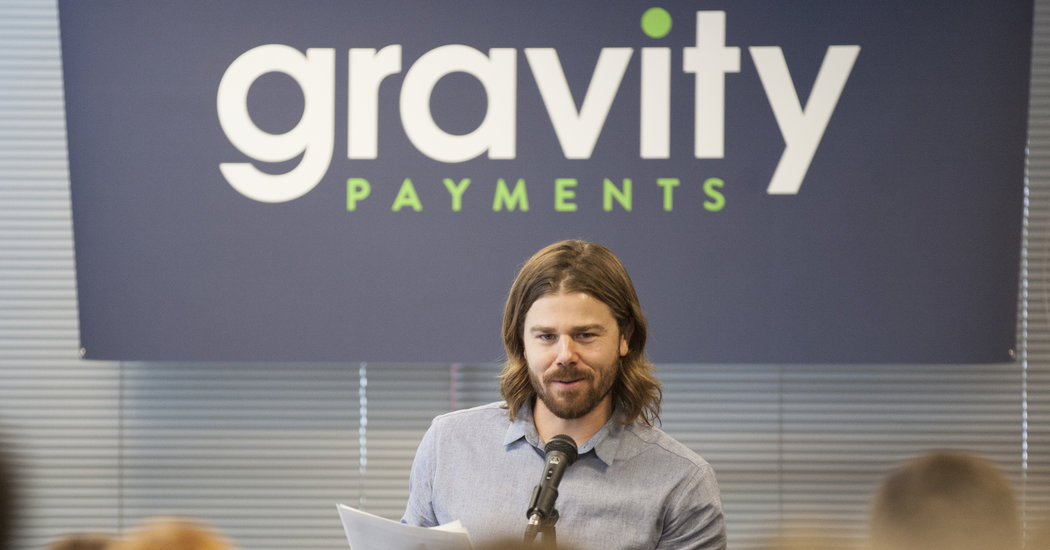 Not so fast, proggies!!! Just a few months later, that dude’s business is falling apart! LOL!

Dan Price, 31, tells the New York Times that things have gotten so bad he’s been forced to rent out his house.

Only three months ago Price was generating headlines—and accusations of being a socialist — when he announced the new salary minimum for all 120 employees at his Gravity Payments credit card processing firm. Price said he was doing it, and slashing his $1 million pay package to pay for it, to address the wealth gap.

“I’m working as hard as I ever worked to make it work,” he told the Times in a video that shows him sitting on a plastic bucket in the garage of his house. “I’m renting out my house right now to try and make ends meet myself.”

The Times article said Price’s decision ended up costing him a few customers and two of his “most valued” employees, who quit after newer employees ended up with bigger salary hikes than older ones.

“He gave raises to people who have the least skills and are the least equipped to do the job, and the ones who were taking on the most didn’t get much of a bump,” Gravity financial manager Maisey McMaster, 26, told the paper.

She said when she talked to Price about it, he treated her as if she was being selfish and only thinking about herself.

“That really hurt me,” she said. “I was talking about not only me, but about everyone in my position.”

“Now the people who were just clocking in and out were making the same as me,” he told the paper. “It shackles high performers to less motivated team members.”

Price said McMaster and Moran, or even critic Rush Limbaugh, the talk show host, were not wrong.

“There’s no perfect way to do this and no way to handle complex workplace issues that doesn’t have any downsides or trade-offs,” he said.

The Times said customers who left were dismayed at what Price did, viewing it as a political statement. Others left fearful Gravity would soon hike fees to pay for salary increases.

LOL. Seriously, who ever though it was a good idea to do this, should be fired. But I think that is the owner of the business. More LOL. The fallout from this has to be annoying – everyone is complacent, except those that were actually doing 70K worth of work to begin with. Because that’s fair, right?