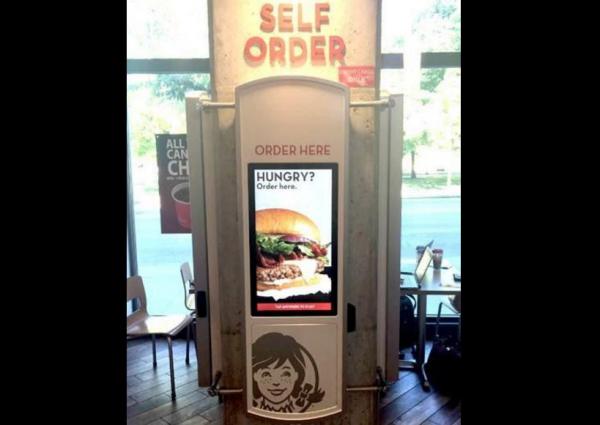 Isn’t it time our leaders actually looked at what is happening because of the policies they are creating? This is just one more example of employers responding to the forced wage increase that the government is mandating. How do they respond? They stop employing as many people. It is as simple as that. And apparently it is effective as well.

In a direct response to the wage increases, Wendy’s found a new solution. Just replace the employees with machines. Sounds perfect, doesn’t it?

According to Zero Hedge[2]:

“Last year was tough — 5 percent wage inflation,” said Bob Wright, Wendy’s chief operating officer, during his presentation to investors and analysts last week. He added that the company expects wages to rise 4 percent in 2017. “But the real question is what are we doing about it?”

Wright noted that over the past two years, Wendy’s has figured out how to eliminate 31 hours of labor per week from its restaurants and is now working to use technology, such as kiosks, to increase efficiency.

“There is a huge amount of pull from (franchisees) in order to get them,” David Trimm, Wendy’s chief information officer, said last week during the company’s investors’ day.

“With the demand we are seeing … we can absolutely see our way to having 1,000 or more restaurants live with kiosks by the end of the year.”

A typical store would get three kiosks for about $15,000. Trimm estimated the payback on those machines would be less than two years, thanks to labor savings and increased sales. Customers still could order at the counter.

Kiosks are where the industry is headed, but Wendy’s is ahead of the curve, said Darren Tristano, vice president with Technomic, a food-service research and consulting firm.

“They are looking to improve their automation and their labor costs, and this is a good way to do it,” he said.

Maybe if these politicians would pay more attention to the actual results of their choices they might actually start helping Americans.