The Feminization of The National Football League 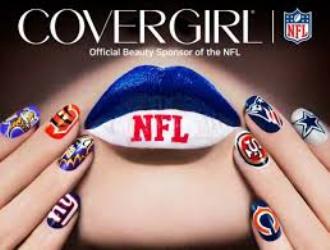 [1]
Only in the 2013 version of today’s NFL can a 6’5 300 pound grown man be considered a victim of bullying. What Richie Incognito did was certainly not appropriate but it was also ridiculous of the league to suspend him. Using the N-word and jokingly threatening a player’s mother is definitely in bad taste but does it warrant removing a player’s right to make a living? Jonathan Martin could have solved this problem the way most 300 pound lineman would have; by giving Incognito a taste of his own medicine. He could have lit him up in practice or popped him in the nose to let him know he wasn’t playing. These are grown men not 8 year old school children?

So what’s next is Richie Incognito supposed to make a public apology? Maybe tell the team and the media he will seek counseling and sensitivity training? Give me a break and more importantly, give Mr. Incognito a break as well.

The NFL over the past 10 years or so has really changed. The players are a lot bigger, taller, and physically stronger than they have ever been. There are linebackers now that can run as fast as receivers and quarterbacks that are faster than the fastest running backs. The game of professional football is changing.

Back in the old days you could clothesline a guy and try to knock his head off. If you tried to make a leaping catch over the middle as a wide receiver you knew you were going to pay for it. The NFL back then had guys that would play with broken fingers, broken toes, even broken arms or legs. Now if one of these high priced Pre- Madonna’s has a hang nail or pulls a hamstring they are out for the rest of the game.

Football is a violent game. Players know and understand the risk that they take and get paid handsomely for it. The NFL is more of a business these days than a game of football. There are millions upon millions of dollars flying around on the field and the owners and the league are trying to protect their investments. Every time a player makes a vicious hit he is either fined or penalized.

The NFL in 2013 is a shadow of its former self. Political correctness and tolerance have now hi-jacked the ultimate tough mans game. It has become a corporate entertainment business much like Hollywood with the players playing the part of the actors.

Professional football is still a great sport to watch but it is less exciting now than in years past. The Super Bowl is still the largest and most watched sporting event in the world. Millions of people tune in to see the newest commercials and the elaborate half time performances; let’s just hope there remains more action and excitement on the field.