“OMG, I haven’t checked Drudge for almost an hour”

OMG! I haven’t checked Drudge for almost an hour…

Conservatives are to news, what Imelda is to shoes

[The riveting sequel to ‘The Vast Right Wing Complacency’]

“OMG! Did you see what Obama did today?” said the tweeting, yet feverishly over-facebooked conservative copy & paster.

Uh, yes I did…because you are the 137th conservative Facebooker/Twitter-er on my friend’s list that posted it….today

…in the past hour.

Conservatives are to ‘the news’ what Imelda Marcos was to ‘shoes’… We can’t get enough. The more we get, the more we want.

This is why conservatives lost the media to the libs in the first place. Don’t get me wrong, the news is extraordinarily important, however, the news is but a small portion of the very important and very LARGE ‘media pie’. But history is proving that as long as we (conservatives) have our little slice of this pie (AM radio and Fox News)… we’re happy as clams and couldn’t possibly care less about the Entertainment Media, aka The Primetime Media, aka the single largest & regularly-occurring voluntary-congregation of people on the planet….. and therein lies the problem.

And it’s a BIG problem.

It’s also the ‘entertainment media’ that generates agenda-driven false-realities from ‘global warming hysteria’ and ‘evil capitalism’ to ‘the Martin Luther-izing’ of gays in society.. 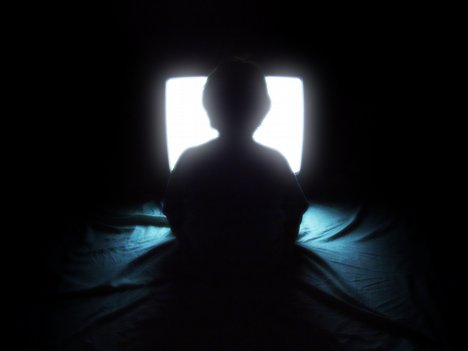 , take the media created illusion that ‘over 10% of Americans are gay.’ The average American knows more gay TV characters, than real life gay people. Despite their best efforts to portray ‘gay’ as representative of 10-25% of the population, the total number of gays is closer to 2% [The University of Chicago’s National Opinion Research Center, which has been conducting scientifically designed surveys[1] on homosexuality for close to 30 years — far longer than the U.S. Census Bureau] (hat-tip to Ben Shapiro)

And it is the entertainment media that shaped and conditioned an entire generation of voters to welcome a Marxist into the White House.

It would be comical, if it weren’t so serious. We as conservatives laugh at liberals for ‘their sheep mentality’, and we regularly curse at the media for their ‘in plain sight’ liberal bias…as we wait patiently for what’s ‘coming on’ next.

We are supposed to be the smart ones, but sadly, when looking for solutions to this obvious and serious ‘freedom threatening’ problem, we conservatives are like the drunk guy looking for his car keys under the street light, rather than looking where he actually lost them— because the ‘light is better’.

Ben Shapiro, author of the awesome and highly recommended book “Primetime Propaganda”, accurately pointed out, “Conservatives think of themselves as rational” and “Liberals as ’emotional.” But how rational IS it to ignore emotion? “Some of our biggest life decisions are based on emotion…we get married because of emotion, we get divorced because of emotion. and we buy our homes…largely based… on emotion.”

The entertainment media is SO far gone, the best we can hope for is a ‘semi-level’ playing field…sometime down the road. But this won’t happen until we STOP being unwitting and apathetic accomplices.

Because it CERTAINLY does not help matters that so many conservatives are ‘unconsciously’ feeding the beast. When conservatives opt to watch programming like “Two and a Half Men”— they’re making liberals rich and driving more and more advertising dollars to liberal causes, agendas and candidates.

We have lost complete control. We conservatives, don’t even have a platform to put forth our reasoned and rational arguments that counter the absurd left-wing ‘socialista’ propaganda that they use to ‘globally-marinade’ our children. As a result, their emotion-soaked agenda- driven claims are accepted as fact by our youth…and WE are the lunatics when we express disagreement.

And do not think for one minute that the entertainment media does not ‘feed and feed off of’ our government education system. [Heather has 2 Mommies? “Don’t be late to class, we’re watching Al Gore’s movie!”]

But how do we counter MTV? Nickelodeon? Disney? With AM radio and Fox News? Yeah right, kids much prefer Bill O’Reilly over Sponge Bob.

Another great example of the conservative entertainment black hole just took place, ala 2008 Palin—when ultra-liberal Tom Petty threw a hissy fit because Michelle Bachmann was using one of his songs. [Petty was quoted as saying, “Shee uh, semi-duh doh, schmeckee Obama doo doo mank–aight?”] IF you recall, in 2008, Nancy “a whole-lotta- has-been” Wilson of the band Heart threw her own liberal tantrum when Sarah Palin was using her song Barracuda. [this one could have been settled if we had only had some fish-sticks] Anyway, the point is this…When our conservative leaders don’t know where to turn for quality conservative music & entertainment, then it’s safe to say that ‘nobody does.’

The truth is that there ARE absolutely GREAT conservative writers, actors, musicians, comics…but there is no conventional means for these talented folks to be seen or heard. And sadly today’s ‘trained conservative’ looks no further for their entertainment than the typical Liberal sources….ABC, CBS, SNL, NBC, on and on… Why? Because Libs have conditioned us to do so.

Conservative programming has a track-record similar to that of Wylie Coyote verses The Road Runner. There have been

countless new conservative entertainment ventures popping up, some more prominently than others….but it seems nearly all have been pre-destined to doom. This can unarguably be traced to two specific causes: (1) blocked access to conventional mainstream entertainment venues aka Political Discrimination, and (2) the lack of the funding necessary to circumvent this monumental obstacle.

THE NEW INTERACTIVE MEDIA Conservatives need to be ‘untrained’ from their Pavlovian attraction to television. The internet IS the future of TV, and conservatives can get a leg up on this new media. The time has come to accept your computer as a primary source of entertainment (or you can wait until the liberals dictate it).

SUPPORTING THE NEW MEDIA It doesn’t take a million dollar budget to make people laugh…or to make people want to dance and sing along to a good song. But success DOES require exposure… and exposure requires money.

Even if you’re broke, you can support by watching! One very effective way for a show to secure financing is through its numbers. Every person that watches, shares and subscribes to the show is helping to increase the chances of outside funding.

If you really like the show, and you are in a position to do so, create a direct association with it. Inquire about becoming an Executive Producer and be in the credits — Executive Producers are people who help finance, but don’t have creative voice.

And while there is no quick fix to a task that is undoubtedly monumental— we’d best get started. But rather than start with a network, let’s start with a show.

‘the IN word’ [2][cue the theme music please] How about THAT for a name? Without any reference to politics, yet liberal heads will explode, lol. Double delicious! A late night music and comedy show featuring Liberal Free Arts, where each week you are introduced to at least one new conservative musical artist… And these artists are top-notch talents that have been heavily scrutinized—because ‘just being conservative’ does not make you good.

[3]‘the IN word’ is PC defying fun (just ask my aunt). The show, only weeks old and still in its infancy, is co-hosted by the lovely Sonja Schmidt of PJTV[4]. Sonja is a talented writer/actress/author, a Hollywood veteran and a damn brave lady. As a black conservative woman in Hollywood, Sonja gets a special kind of hate from the Hollywood lefties. Sonja’s resume includes In Living Color, The Arsenio Hall Show & Disney.

Sonja’s co-host could not be more of her polar-opposite, a white guy from the hills of Kentucky, the hillbilly heart-throb himself….me. LOL

While the show is not centered around the day’s news and politics, we absolutely do face-punch liberal-defined stereotypes & social decorum with a smile. And we recommend that all show complaints be sent directly to the Rev. Al Sharpton.

In our 4 short weeks, aside from some awesome ‘non-household name’ conservative artists like Toots Sweet[5], Michael Riser[6], Neal Fox[7] and Nate Smoove[8], we’ve also had guests that you DO know, like Victoria Jackson, Ben Shapiro[9], Alfonzo Rachel[10] & Ellen Karis[11].

[12]The ‘IN’ Word is FREE to you via UStreamTV[13]. It’s a webcast, so you watch from your computer. During the live show, there’s a chat room, and it has become quite the online party, so come on in. And even if…by some unfortunate genetic happenstance…you don’t care for Sonja and me, you will absolutely love our guests.

‘the IN word’ is a low-budget, high octane show and the viewers that have seen it—come back.

So give us a chance… Watch one of our shows. And we don’t mind you checking us out because we’re conservative—but we want you to come back because we’re good.

If you like the show… make an effort to come back. Share us with your friends (facebook, twitter, email, etc.). If you can’t watch us LIVE on Wednesdays at 11PM ET, you can always catch a replay at your convenience. If you would like to run advertising or sponsor us, contact us[14]. Without support, financial and otherwise… we’ll just be another conservative domino falling into the dustbin of failed conservative media ventures.

OH…And if there is a better conservative entertainment show out there, tell us about it. Tell your friends about it. Whether it’s us, or someone else, it’s time to get off our butts…that is, if we really ARE the smart ones.

On the other hand, we can continue to ignore the importance of the entertainment media, and we are simply delaying the inevitable, Comrade.

Hmmm, this is all good and well… but I gotta go check Drudge.

Joe Dan Gorman is a multi-media producer and co-host of ‘the IN word’[15] with PJTV’s Sonja Schmidt. Read Part 1 of The Vast Right Wing Complacency [16]