Nate Diaz won his UFC fight last night on Fox 17 and then he went in a profane rant about the new champion of his division, Connor McGregor. 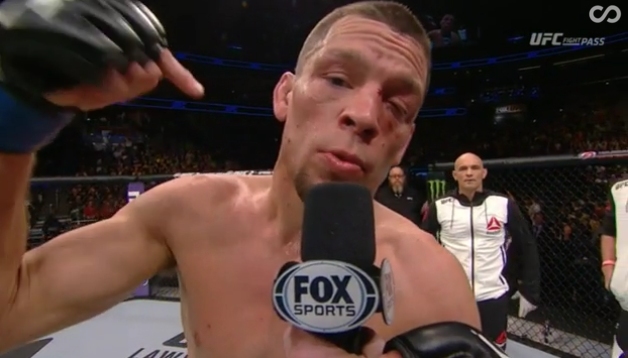 Actually, the real money fights for McGregor would probably be a rematch against Jose Aldo, the man who was an undefeated champ for a decade before McGregor knocked him out in 13 seconds. Barring that, Frankie Edgar is the other fighter in the division people would love to see McGregor take on. Of course, supposedly, McGregor wants to go up a weight class and take on Rafael dos Anjos for the lightweight crown while he still holds on to the Featherweight crown and fights in BOTH divisions. Nate Diaz would be better served by winning some more fights and working his way up the division rankings rather than trying to shoot from the bottom of the division to the top by cursing on national television.