The world’s largest solar energy plant just reenacted what could have been a scene from a Mad Max movie. The solar plant has literally lit itself on fire when a misaligned mirror sparked a small fire that torched the facility[1] bad enough to shut parts down and run at a third of its capacity. 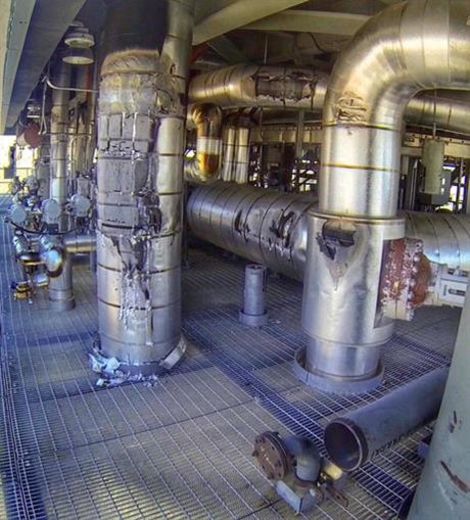 Misaligned mirrors are being blamed for a fire that broke out yesterday at the world’s largest solar power plant, leaving the high-tech facility crippled for the time being. It sounds like the plant’s workers suffered through a real hellscape, too. A small fire was reported yesterday morning at the Ivanpah Solar Electric Generating System (ISEGS) in California, forcing a temporary shutdown of the facility. It’s now running at a third of its capacity (a second tower is down due to scheduled maintenance), and it’s not immediately clear when the damaged tower will restart. It’s also unclear how the incident will impact California’s electricity supply.

It’s stated that firefighters climbed upwards of 300 feet in order to put out the fire from above and reach parts of the flames that were inaccessible from down below.