The Eclipse Is Racist Or Something 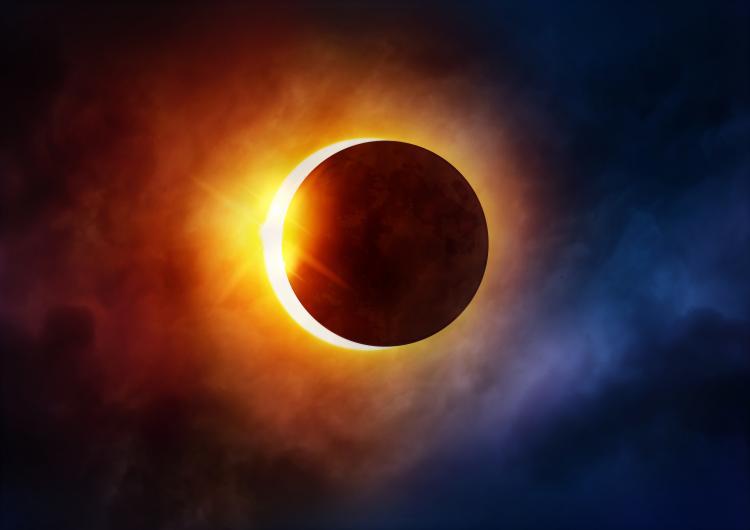 The eclipse begins today around 1pm eastern time. We’ve already seen such things as having it be a call to action on ‘climate change’[2], so, why not this?

The Eclipse Is Racist Because It Fails To Affect Enough Black People, The Atlantic Suggests[3]

The Atlantic, a once-great magazine, has determined that the total eclipse of the sun due to occur on Monday will fail to affect enough black people.

The Atlantic’s very lengthy essay[4] on the failure of the eclipse to occur where a sufficient number of black people reside is entitled “American Blackout.” It clocks in at a remarkable 4,544 words and does not appear to be satire.

Concerning “the Great American Eclipse,” Brooklyn Law School professor Alice Ristroph[5] writes in the rapidly deteriorating magazine, “there live almost no black people” “along most of its path.”

The Atlantic’s longwinded law professor assures readers that “implicit bias of the solar system” is “presumably” not the cause of eclipse’s failure to affect enough black people.

“Still, an eclipse chaser is always tempted to believe that the skies are relaying a message.”

So, it starts over in Oregon (which primarily votes Democrat) which has a low population of Black people. Are we supposed to force Blacks to live there? How about Wyoming and Idaho?

After an extensive discourse criticizing the U.S. Census, The Atlantic tells readers that the eclipse will travel through Nebraska, Kansas, Iowa and Missouri. In this section of its essay, The Atlantic manages to drop the names of Bruce Springsteen, Jesse James, Eminem, Chelsea Manning, Michael Brown and Howard Zinn (a shallow socialist writer panned even by most serious socialists).

After considerable whining about the Electoral College and the way Congress is organized, The Atlantic moves on to southern Illinois, Kentucky and Tennessee. There’s substantial discussion of the Ku Klux Klan in this section — and, of course, slavery.

The article complains about Abraham Lincoln and says he didn’t go far enough with his Emancipation Proclamation (which means his statues and busts will soon need to come down.

In its final paragraph, The Atlantic concludes that the United States is “still segregated” and has “debts that no honest man can pay.” Cryptically, the magazine suggests, “the strange path of the eclipse suggests a need for reorganization” of the entire American political system.

Let’s look at that last paragraph, because the Derp is strong

And then the shadow goes to sea, still indifferent to the Earth below, indifferent to the little creatures here, indifferent to these people indifferent to their own histories. Or perhaps we are not indifferent, but just no more capable than butterflies and bees of seeing the long path and of deciding to change it. The Great American Eclipse illuminates, or darkens, a land still segregated, a land still in search of equality, a land of people still trying to dominate each other. When the lovely glow of a backlight fades, history is relentless, just one damn fact after another, one damning fact after another. America is a nation with debts that no honest man can pay. It is too much to ask that these debts simply be forgiven. But perhaps the strange path of the eclipse suggests a need for reorganization. We have figured out, more or less, how to count every person. We have not yet found a political system in which every person counts equally.

This is somehow in the “science” section. But, then, these are people who also believe that people can choose their gender by the day.