One drawback to holding a free speech rally in San Francisco is that natives are not exactly known for avoiding the unclean:

Hundreds of San Franciscans plan to prepare Crissy Field, the picturesque beach in the shadow of the Golden Gate Bridge where rightwing protest group Patriot Prayer will gather, with a generous carpeting of excrement.

Mostly it will be dog crap.

“I just had this image of alt-right people stomping around in the poop,” Tuffy Tuffington said of the epiphany he had while walking Bob and Chuck, his two Patterdale terriers…

Tuffington, a 45-year-old artist and designer, created a Facebook event page based on the concept, and the dog owners of San Francisco responded in droves. Many have declared their intention to stockpile their sh**piles for days in advance, then deliver them in bags for the site.

Elected officials lobbied unsuccessfully to get the National Park Service to deny Patriot Prayer a permit for the free speech rally. As with the war on history, what cannot yet be done legally through the bureaucracy is accomplished at the street level by the most unsavory people imaginable.

BTW, not even the Southern Poverty Law Center lists Patriot Prayer as a hate group, even if local Congresscritter Nancy Pelosi demagogues by calling it “white supremacist.” Founder Joey Gibson has explicitly denounced white supremacists and neo-Nazis in the harshest terms, and plans to exclude extremists from the event. He is an admirer of MLK. The stated purpose of his group is to use “the power of love and prayer to fight the corruption both in the government and citizen levels that seek to gain power through division and deception.” Four groups of leftist counterprotesters have been given permits to confront this single right-of-center group.

Yet Democrats and the media are making the event out to be Kristallnacht. When “antifascists” start fights, you know who will be blamed. 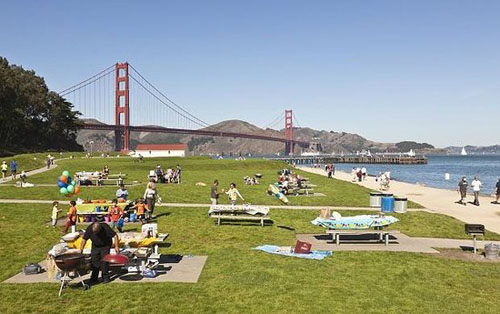