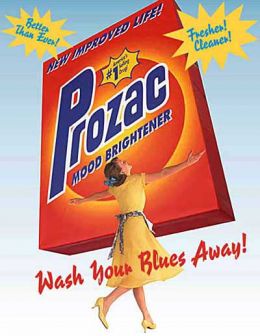 The day has finally arrived when Donald Trump, the most unlikely of candidates, will be inaugurated as America’s 45th President. Rather than attempting to show some hope, maybe offer some ideas for Mr. Trump, the national news media continues it’s meltdown. Here’s the NY Times Editorial Board, part of the paper that published an unsubstantiated hit piece[2] on Trump’s Energy Dept pick, Rick Perry. Those layers and layers of fact checkers took a nap

Can President Trump Be Presidential?[3]

A special strength of American democracy has been the desire of newly elected presidents to unite the public with healing words after the sound and fury of the campaign.

Now comes President-elect Donald Trump. He has won the office and yet has continued his vindictive, disruptive style of politicking. He has run a post-campaign that has corroded the traditional grace period of considerate political transition that the nation needs. The hope of citizens for a better future, for a sense of uplift, has wound up hostage to his impetuous Twitter attacks on individuals, institutions and nations. (snip)

Mr. Obama’s final news conference this week was a study in the sort of intelligent public speaking on complex issues that has characterized his eight years of scandal-free governance. It was leavened with a bit of self-deprecation, as Mr. Obama referred to “No-Drama Obama” in noting his own optimism, as if mindful of the years of melodramatics that might follow.

Yeah, no[4] scandals[5], because the media failed to do its job. And just whining peevishness at the NY Times, which continues with

Robert De Niro and Alec Baldwin[10], along with Michael Moore[11], are having continued meltdowns. Democrats are upset[12] that Trump is calling for deep spending cuts. John Zeigler[13] is assigning blame for Trump being elected, and saying those people should be blamed for the doooooooom to come. The LA Times is telling people how to stop Trump[14].

The Girl Scouts[15] are being blasted by the Usual Suspects for daring to be involved with the Inauguration. Perhaps they should be careful, because Lefties love to get violent to the point of getting pepper sprayed[16].

We’re up to 66 weenie Democrats[17] planning to skip the inauguration. When they come calling for things, like budget measures for their districts, they should be told “no.”

Examples of Liberal meltdown is everywhere. Here’s a cute one from the Boston Globe: Trump doesn’t like a watchdog press. Too bad, we’re here to stay.[18] Except for the lat 8 years.

Fortunately, this occurs on a Friday, so, Democrats have all weekend to scream their little hearts out, set off smoke bombs[19], blow whistles, get maced, get arrested, leave litter everywhere, scuffle with the police, then head home realizing that the good jobs are coming back so they best get their resumes ready.