Mental illness and moonbattery are natural partners. But when they team up, the results are always unfortunate:

Halley Bass [age 21] admitted in court that she fabricated a story about a strange man scratching her face in downtown Ann Arbor on Nov. 15.

“I was suffering from depression at the time,” Bass told Judge Elizabeth Pollard Hines. “I made a superficial scratch on my face. It was visible and I was embarrassed about what I’d done. So I made up a story and told a friend that a stranger had done it while I was walking. I was encouraged to report it to the police. I made the mistake of doing that.”

As is the case for so many false reports, political propagandizing was the motive:

At the time, Bass claimed her attack was part of the [supposed] surge in hate crimes following the election of Donald Trump a week earlier. She told police she was targeted for wearing a solidarity pin connected to Great Britain’s “Brexit” vote.

Here’s how she explained her solidarity pin to the police, after claiming a 45-year-old white guy scratched her:

After the police wasted their valuable time scouring surveillance footage to check out her story, and thereby found it to be fake, the hate hoaxer confessed:

Bass admitted to scratching her own face with the pin after becoming upset during a Woman’s Literature class at the University of Michigan, according to the Ann Arbor Police Department report. …

“I had been in a discussion in my women’s lit weirdly and there were a few people in my class that sort of said some things that scared me,” she said. “…It was more like I wanted a concrete reason to be scared then to just talk, I guess.”

A piece mentioned linking millennial moonbattery to mental illness may shed light on this story. 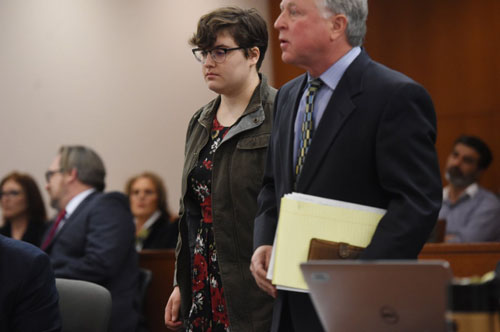 On tips from Dave F and J. Cross-posted at Moonbattery.