Nancy Pelosi Tells Us What Would Get Her To RETIRE – But Is It Worth It? [VIDEO]

Nancy Pelosi is claiming[1] that she would have retired and gone home if Hillary Clinton had won the presidency. She is worried about the legacy of Obamcare and therefore decided to stay on. Which by the way, makes no sense as the Republicans control the House, the Senate and the White House. She will not stop Obamacare from being dismantled or even from imploding. So, I have severe doubts about the honesty of her statement here. She’s just stating this to upset the right… but since most of us consider her an ongoing joke… not so much.

Pelosi stated that no one foresaw Hillary Clinton losing the presidency. Uh, wrong. She also stated that Hillary would have kept Obamacare in place and in fact, would have steered it towards a single payer system. That much is correct and was one of the main reasons she lost. The 76 year-old fairly handily beat back a challenge by Ohio Congressman Tim Ryan to take her job as House minority leader last November. Which I don’t get, but then again, the Democrats are hearting Islamists and communists these days, so maybe it’s not so surprising after all. 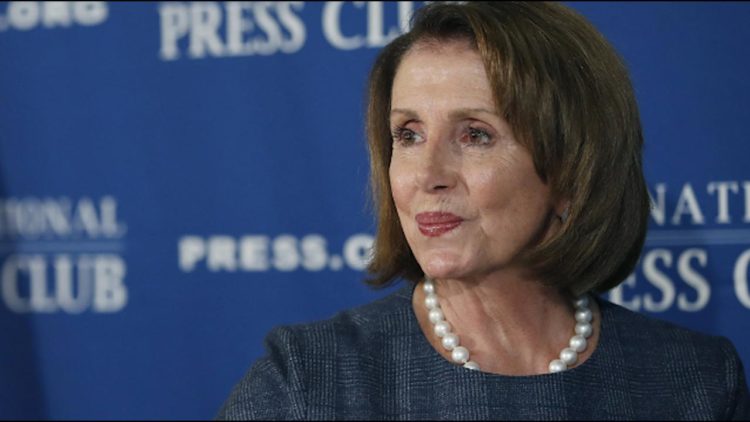 House Minority Leader Nancy Pelosi stated publicly on Friday what she had told fellow colleagues privately earlier this year: If Hillary Clinton had won the presidential election, she would have retired.

“If Hillary had won, I was ready to go home,” Pelosi told reporters[3] after the Christian Science Monitor breakfast in Washington, D.C.

The minority leader said she felt an obligation to stay[4] on the job to protect ObamaCare, passed while she was speaker of the House in 2010.

“If [Hillary Clinton] were there, then I would not worry about that,” Pelosi said.

Clinton pledged to “defend and expand”[5] ObamaCare, moving more towards a single-payer system, if she became president.

“But she didn’t win. None of us thought Hillary wouldn’t win. We all knew she would win,” the California congresswoman joked with reporters. “It was really shocking that somebody like Donald Trump could be president of the United States. But anyway, that motivated me to stay.”

Pelosi first became House minority leader in 2003, later becoming the first female speaker of the House in 2007. That’s a stain on history for all women. She was forced to give up the gavel in 2011 following the Tea Party-fueled landslide, which swept the Republicans back into power only four years after losing it. And we all breathed a sigh of relief. But not much, because Obama was still busy destroying the country.

Her most memorable line as speaker of the House came during the debate leading up to the passage of the Affordable Care Act. “We have to pass the bill, so that you can find out what is in it, away from the fog of the controversy,” she said infamously in March of 2010. She stands opposed to the Republicans repealing Obamacare and replacing it. She’s also laughingly demanding transparency from Republicans after that quote.

Give it up Nancy. Go back to your wealthy, corrupt family and leave America in peace to heal. You’ve done your life-work’s damage. Do a service for your country for once and call it a day.