I never thought I’d see the day[1] that Nancy Pelosi would pray for George W. Bush to be President again, but she just did. On ABC she was railing against President Trump as she usually does. Surprisingly, host Jonathan Karl called the Democrats the ‘Party of No’ these days. Of course, Pelosi said that wasn’t true at all. But isn’t that what the Democrats called the Republicans under Obama? Aren’t the Democrats even worse at obstruction these days? Pelosi claims that Trump isn’t representing Americans… that’s just not true. It was middle America that elected President Trump.

She made comments about billionaires as well and how Trump was benefiting them. First off, that isn’t true either as most of what Trump is doing is helping bring back jobs and cut taxes. I don’t agree with him on everything, but he’s certainly not in it for the wealthy. However, Pelosi always has been… she comes from a very rich, corrupt family and she has used politics to make herself even wealthier and more powerful. She says the Democrats were able to work with Bush. Really? Because I don’t remember it that way. Not at all. 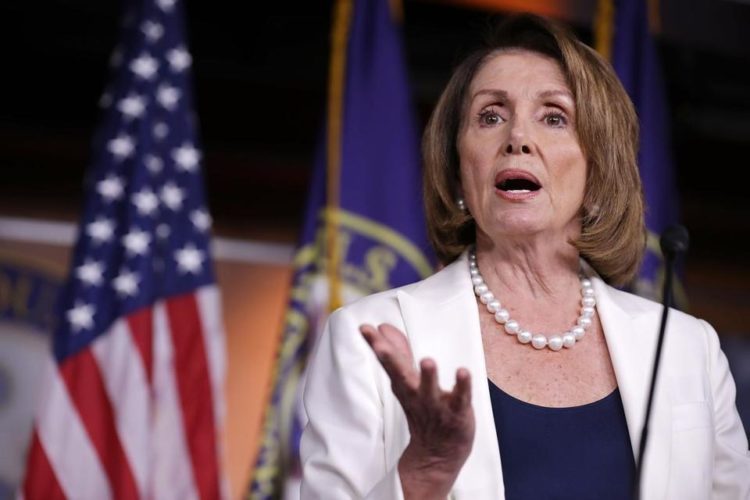 House Minority Leader Nancy Pelosi (D., Calif.) prayed during an appearance Sunday on ABC’s “This Week” that former President George W. Bush was in the White House instead of President Donald Trump, suggesting that Democrats were able to cooperate with Bush better than with Trump.

Pelosi appeared to start making a comment about Trump and how his priorities were different than the country’s, but accidentally said “President Bush.”

“I’m so sorry President Bush. I never thought I’d pray for the day that you were president again,” Pelosi said, in an apparent dig at Trump.

Pelosi responded by arguing that a House of Representatives led by Democrats would work with Trump as they did with Bush.

Karl challenged Pelosi earlier in the interview, suggesting that the Democratic Party is looking “a lot like a party of ‘no’ right now.”

“I don’t think that at all,” Pelosi rebutted, before arguing Trump “hasn’t really proposed anything.”

At one point in the video, Pelosi mistakenly says President Bush and then apologizes to him and says she wants him back. No, who she wants is Barack Obama or Hillary Clinton. She’s hamming it up for the interview and doing a crappy job of it. Nancy has a vastly different definition of what ‘winning’ means versus what Trump means. Hers is a Marxist win, Trump’s is a win for the American people. Hers is bad, his is good… fire bad, tree pretty.

Democrats famously opposed President Bush on numerous fronts, including the Iraq War and the privatization of Social Security. “And so you asked the question, how would I work with a Republican president? The way we worked with President Bush,” Pelosi told Karl. “We got a great deal accomplished. … Biggest energy bill in the history of our country, a tax bill that helped low-income working families that we wanted and we wanted to be big and we found our common ground. The list goes on and on.” But none of that was real or true. We didn’t get an energy bill that helped us at all and we certainly didn’t see tax relief… something you would never see with Democratic support.

Pelosi doesn’t like Trump because he threatens her Marxist agenda. There are days when I miss President Bush, but Trump has the potential still of being a great President and Bush was far from perfect. In fact, the more Trump makes the left hate him, the more America will like Trump. He should remember that.