BOOOM! Nikki Haley Takes The UN HOUSE Down After Syria STRIKE Like A BOSS! [WATCH]

Nikki Haley took the UN to task on the Syrian attacks that prompted action from the United States’ President.

She has made it clear that she’s not there to make friends, but to stand up for the US against the bullies in the United Nations, who believe that hugs and rainbows are the proper response to crimes against humanity. 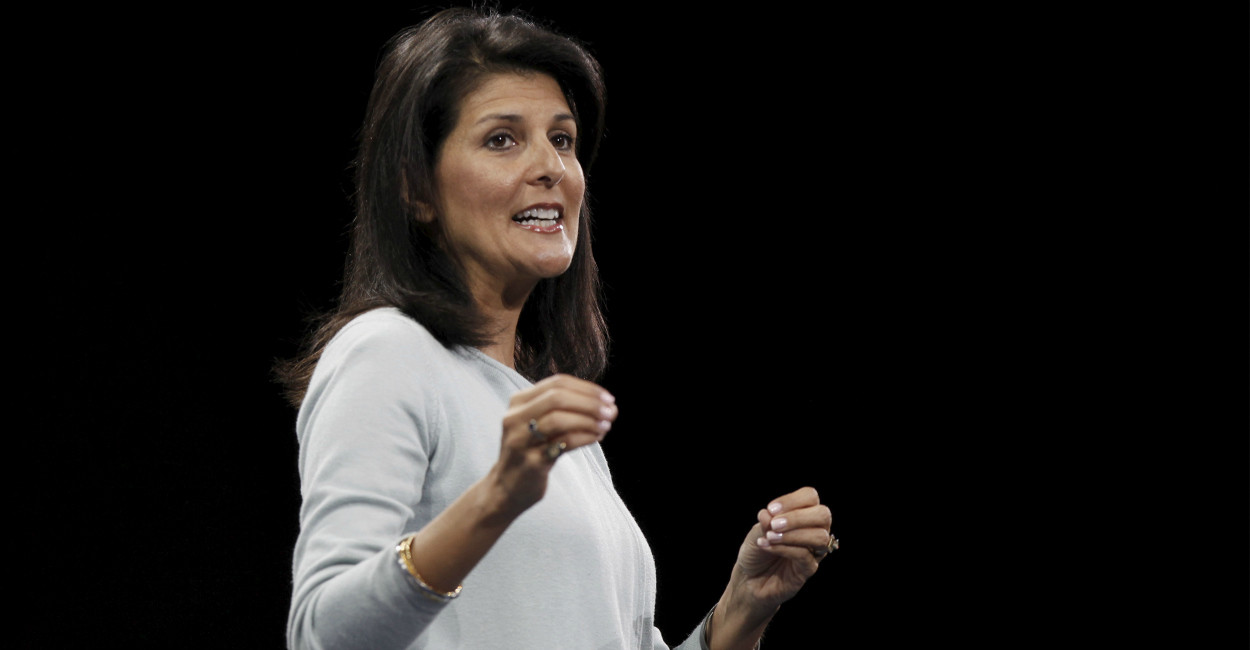 Nikki Haley is establishing herself as a force to be reckoned with on the international stage.

Yesterday, Donald Trump pulled the trigger and sent missiles to Syria as payback for the chemical attack against innocent civilians.

It was a move that made a lot of people nervous.  But ultimately, it was the right call.

“The United States took a very measured step last night,” U.S. Ambassador to the United Nations Nikki Haley told the U.N. Security Council on Friday. “We are prepared to do more, but we hope that will not be necessary. It is time for all civilized nations to stop the horrors that are taking place in Syria and demand a political solution.”

Nikki Haley showed up to the United Nations today and made a great case.

Do you think she’s right?