Tensions between North Korea and the United States have been growing steadily, as Kim Jong-Un’s behavior becomes more and more erratic. North Korea has been firing missiles, but they’ve just made an insane threat[1] that cannot be ignored. 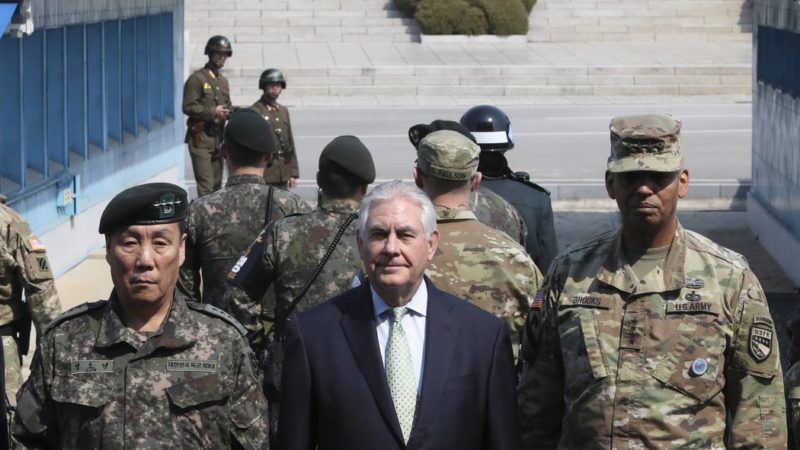 Earlier this month, a statement was released threatening the United States with a nuclear strike if Donald Trump fires “even a single bullet” towards Pyongyang. “The Korean People’s Army will reduce the bases of aggression and provocation to ashes with its invincible Hwasong rockets tipped with nuclear warheads and reliably defend the security of the country and its people’s happiness in case the US and the South Korean puppet forces fire even a single bullet at the territory of the DPRK,” the statement read.

South Korea, meanwhile, has issued warnings that North Korea’s latest rocket-engine tests have shown “meaningful” progress. The North Korean KCNA news agency said these new engines would get them a step closer to achieving world-class satellite-launch capability, including for an intercontinental ballistic missile.

“Through this test, it is found that engine function has made meaningful progress but further analysis is needed for exact thrust and possible uses,” Lee Jin-woo, spokesman for South Korea’s defense ministry, said. Trump responded from Mar-a-lago by saying that Kim Jong-un was “acting very, very badly.” Rex Tillerson just last week refused to rule out military action, saying that the era of “strategic patience” was over.

“The diplomatic and other efforts of the past 20 years to bring North Korea to a point of de-nuclearisation have failed. So we have 20 years of a failed approach,” Tillerson said. “And that includes a period in which the US provided $1.35billion (£1.08billion) in assistance to North Korea as an encouragement to take a different pathway.”

“If they elevate the threat of their weapons program to a level we believe requires action that option is on the table.”

Japan, meanwhile, has been preparing for a possible strike with mandatory evacuation drills.

How do you think Trump should respond?