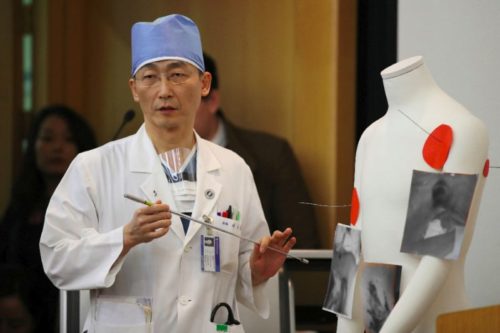 Shakespeare’s Macbeth features an iconic speech by Macbeth himself. He says,

“Tomorrow, and tomorrow, and tomorrow,
Creeps in this petty pace from day to day,
To the last syllable of recorded time;
And all our yesterdays have lighted fools
The way to dusty death. Out, out, brief candle!
Life’s but a walking shadow, a poor player,
That struts and frets his hour upon the stage,
And then is heard no more. It is a tale
Told by an idiot, full of sound and fury,
Signifying nothing.”

North Korean dictator Kim Jong-Un is this idiot, full of sound and fury, and signifying nothing. He struts and frets, he threatens and boasts. He tries to incite war with the United States to prove his manhood. And yet for all that, he is nothing more than a fool on his way to dusty death. And nothing shows this quite as clearly as the physical condition of one of his “elite” soldiers who recently defected across the border to South Korea amid a hail of gunfire from his former coworkers. He was shot in five places; the armpit, the buttocks, back, shoulder and knee. 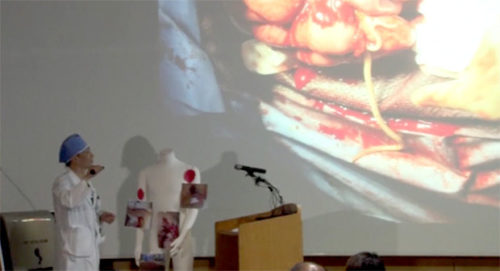 He was airlifted by a US helicopter to a hospital. The defector was thought to have good odds of surviving, since the gunshot wounds hadn’t hit any major organs. But when the surgeon opened him up, he found with horror, that not only was he severely malnourished, but the man was also riddled with active parasites including a worm at least 11 cm long. This North Korean elite soldier was sick, weak, infested with foreign organisms and in dire shape. The medical team removed dozens and dozens of the organisms. The surgeon, Dr. Lee, said “In my over-20-year-long career as a surgeon, I have only seen something like this in a textbook.” 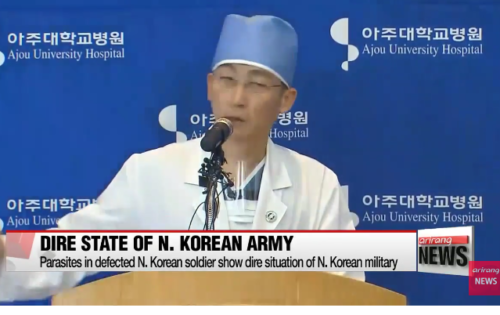 So, the sound and fury and braggadocio of the North Korean dictator truly seems to be signifying nothing. His soldiers are in no condition to fight anyone. His best men appear to be walking Petri dishes full of horrendous organisms, likely because of Un’s own personal order to farmers to fertilize crops with human waste since in the isolated nation, no other fertilizers were available. This likely contributed to the level of parasitic infestation among the people, including evidently the best soldiers he has.

Military history expert and former Green Beret Barry Jacobsen observed, “Consider that, as a soldier, the man was among the elite of North Korea. I suspect his parasite infection was the rule and not the exception, which leads me to believe that the North Korean military is really not able to wage any sort of war.”

Kim Jong-Un is truly a fool heading for dusty death. The only question is will his foolish actions end up taking his entire nation with him. He has made North Korea a living Hell. And someday he will likely end up in the actual Hell for what he has done to his countrymen. May God have mercy on their souls.