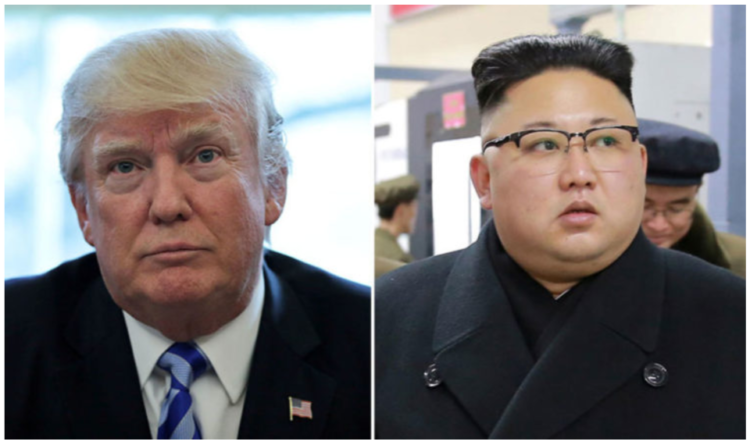 Remember the apocalyptic (non-secular, of course) talking points from most left wing news outlets, pundits, Congress critters, etc, about how Trump’s tough talking was taking us to nuclear war? Some others in the Trump admin, such as James “Mad Dog” Mattis had tough words, too. Guess what?

Kim Jong Un Backs Down In Nuclear Showdown With Trump[2]

North Korean dictator Kim Jong-un decided Tuesday not to fire ballistic missiles at Guam, reserving the right to change his mind if “the Yankees persist in their extremely dangerous reckless actions,” according to North Korean state media.

Kim appears to be attempting to de-escalate tensions to prevent conflict between the U.S. and North Korea. After the U.N. Security Council approved tougher sanctions against North Korea for its intercontinental ballistic missile tests, the North warned[3] Wednesday that it was considering launching a salvo of ballistic missiles into waters around Guam in a show of force demonstrating an ability to surround the island with “enveloping fire.” That same day, President Donald Trump stressed[4] that North Korean threats will be met with “fire and fury like nothing the world has ever seen.” For a week, the two sides hurled threats and warnings at each other repeatedly, leading some observers to conclude that the two sides were close to nuclear war.

Kim, according[5] to North Korean state media, told the North Korean strategic rocket force that he “would watch a little more the foolish and stupid conduct of the Yankees,” giving the U.S. time to reassess the situation. “He said that he wants to advise the U.S. to take into full account gains and losses with clear head whether the prevailing situation is more unfavorable for any party.”

In other words, beyond the bluster and faux-criticism of Trump, his admin, and America, Kim backed down. He has surely realized that his bluster is a losing cause. It will only gain more sanctions, and Team Trump aren’t falling for his bluster, which is usually a means to gain material things from America and the West. It’s the pattern for North Korea, regardless of the leader. Threats, bluster, and the West gives them things.

Not this time. Not with a president who stayed strong.

I’m waiting for those who criticized Trump’s harsh stance to apologize. I won’t hold my breathe, though. They can never admit they were wrong. Certainly, Trump putting pressure on China over North Korea didn’t start a trade war, either. How much China was involved in getting Kim to back down is unknown at this time. But, I’ll say it again. Love, like, or loathe Trump, don’t ever make the mistake of thinking he doesn’t have a plan on big issues like this and is just winging it. This guy certainly has SMART plans for tons of things, just like the Pentagon has plans to invade Canada.