Hawaii started preparing[1] for a nuclear attack from North Korea last December. Now they are releasing an emergency response plan for residents there so they can prepare for a missile strike from the Hermit Kingdom… you know, just in case. Hawaii’s Emergency Management Agency is releasing a public information and education campaign that lets the residents know what to do in the event that North Korea fires off a long-range missile at them. One that could possibly be tipped with a nuclear warhead.

They say they don’t want to cause panic, but they need to prepare islanders for the possibility of a missile strike. I agree. In fact, every city in every state of the union should have a preparation plan in place. It’s just a matter of time until we have a hot war with the NoKos going on and they will surely try to hit Hawaii, Alaska and our west coast. No one is stopping them yet. We should have done that a long time ago. Sanctions and diplomacy are not going to work here. Either millions will die in South Korea and Japan, or millions will have to die in North Korea to stop this I fear.

Hawaii is introducing an emergency response plan for residents to prepare them for a possible North Korean missile strike, according to state officials.

Hawaii’s Emergency Management Agency said Thursday it will launch a public information and education campaign to ensure that islanders know what to do in the event that North Korea fires a long-range missile, one potentially armed with a nuclear warhead, at the Aloha state, the Honolulu Star Adviser reported.

“We do not want to cause any undue stress for the public; however, we have a responsibility to plan for all hazards,” Vern T. Miyagi, Hawaii’s Emergency Management Agency administrator, said in a statement. “We don’t know the exact capabilities or intentions of the North Korean government, but there is clear evidence that it is trying to develop ballistic missiles that could conceivably one day reach our state.”

Hawaii’s plan explains to residents what to do if they hear a warning siren and where to go. It also covers communicating with loved ones in the event of an attack. Earlier this month, North Korea successfully tested their first ICBM. What I fear the most is the detonation of a number of EMPs over the US, throwing us back into the 1800s technology-wise as the power grid and electronics all go down. Wonder if they covered that scenario in their plans.

North Korean state media claims that it can mount a nuclear warhead on a ballistic missile. If that is true, then an attack could come at any time and would explain Hawaii’s urgency here. 1.4 million people live in Hawaii and we have several military bases there. Even so, they think the possibility of North Korea attacking Hawaii is fairly low. I think they are deliberately downplaying the threat. Lawmakers are proposing that America’s missiles be upgraded. It’s also being suggested that new radars and interceptors should potentially be stationed in Hawaii to improve the island state’s ability to protect itself in the event of an attack.

California is also preparing for a nuclear attack. At this rate, it’s not if, but when we will be attacked. All of America should be preparing and take this very, very seriously. 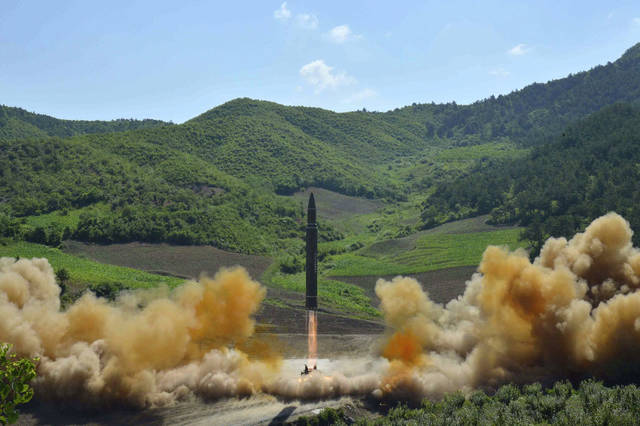