North Korean aggression appears to have reached an all-time high, as tensions continued to rise between the small country and both the United States and China. China has responded by sending troops to the Korean border; meanwhile, North Korea has made a huge threat to the United States[1], leaving many to wonder what Donald Trump’s response will be now. 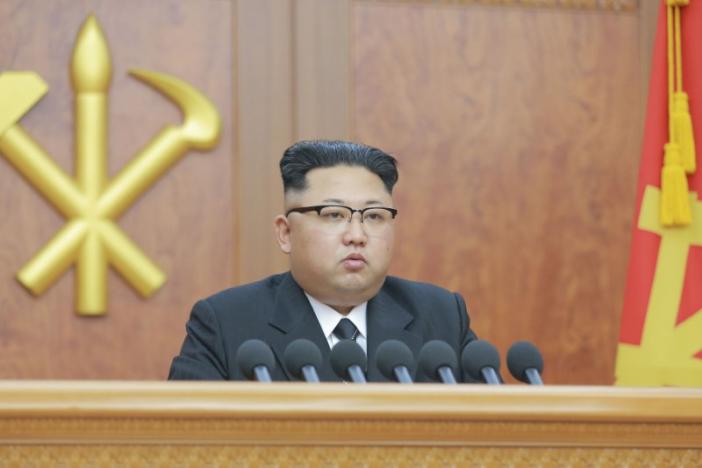 On Tuesday, North Korean state media said that they would launch a nuclear attack against the United States at any signs of aggression. A Navy strike group is currently making its way to the western Pacific.

There have been concerns that North Korea will conduct its sixth nuclear test soon and rumors of military action from the United States have increased. “Our revolutionary strong army is keenly watching every move by enemy elements with our nuclear sight focused on the U.S. invasionary bases not only in South Korea and the Pacific operation theatre but also in the U.S. mainland,” North Korea’s official Rodong Sinmun newspaper reported.

South Korean acting President Hwang Kyo-ahn responded by warning of “greater provocations” and urged the military to monitor the situation more closely. “It is possible the North may wage greater provocations such as a nuclear test timed with various anniversaries including the Supreme People’s Assembly,” Hwang said. South Korean officials also worked to quiet social media fears. “We’d like to ask precaution so as not to get blinded by exaggerated assessment about the security situation on the Korean peninsula,” Defense Ministry spokesman Moon Sang-kyun said.

As for Trump, he responded on Twitter urging China to get more involved.

I explained to the President of China that a trade deal with the U.S. will be far better for them if they solve the North Korean problem!

North Korea is looking for trouble. If China decides to help, that would be great. If not, we will solve the problem without them! U.S.A.

Saturday is the 105th anniversary of Kim Il Sung, the grandfather of current North Korean dictator Kim Jong Un and founding father of North Korea. In addition to military parades, another nuclear or missile test is highly likely, as that is how the country frequently “celebrates” important anniversaries.

What do you think Trump should do about North Korea?