North Korea is run by the Kim family. They are the most ruthless, diabolical, evil regime left on the planet. Have you seen the Google Maps pictures of the concentration camps? It’s terrifying. 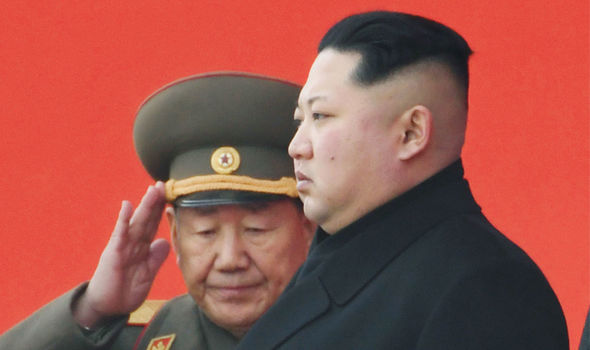 On Thursday, the regime asked the question, “When will the war break out?” This came on the heels of the joint U.S and South Korean military demonstration on the Korean peninsula.

According to Reuters, the foreign ministry of North Korea said war is inevitable after the “confrontational warmongering” during Thursday’s demonstration involving over 230 aircraft.

“We do not wish for a war but shall not hide from it,” added the North Koreans.

Russia and China both responded to the tensions.

“The outbreak of war is not in any side’s interest. The ones that will suffer the most are ordinary people,” Chinese Foreign Ministry spokesman Geng Shuang said.

“We know that North Korea wants above all to talk to the United States about guarantees for its security. We are ready to support that, we are ready to take part in facilitating such negotiations,” Lavrov reportedly said.

The ministry has described the outbreak of war as an “established fact.” Although there has been some crippling sanctions[2] from the U.S and the U.N., North Korea has continued to display its military might with its missile program demonstrations.

The Trump administration, via the ambassador to the U.N. Nikki Haley, is wanting a diplomatic resolution to this problem. She said the latest missile launch has “brought the world closer to war.”

This is a nightmare scenario for the world. If the North Koreans were to attack any part of the United States, I’m convinced that the administration would consider going nuclear on the peninsula. That would mean millions of people dying senselessly in order to fill the egos of world leaders like Kim and Trump.

Of course, if the U.S was attacked, retaliation would be justified. It’s just unfortunate that it seems that war is closer to inevitability than in the past. It has been a slow burn, over decades of different administrations in the United States and in the U.N. and other world governments.

North Korea’s foreign ministry says a future war with the U.S. is unavoidable, calling it “an established fact” https://t.co/Hf6X7mArjt[3] pic.twitter.com/k93EoblDqg[4]

What I don’t understand is people who think we should go softer on North Korea. This regime is one that only understands strength and might. No one wants to go to war and shed the blood of our sons to unseat the Kims from power. That sounds disastrous. Hopefully, there is a diplomatic solution to this problem. But if there is not, it seems war could be inevitable.