North Korean soldiers are being told to steal corn from local crops in order to fight their malnourishment, so they can be prepared for any potential military action. They are also selling the stolen corn at markets, despite the fact that North Korea routinely brags about the strength of their military.

The army has been given permission to raid the fields of impoverished North Korean citizens, according to sources. And what can these people do about it? Absolutely nothing, unfortunately. They are victims of their own government. 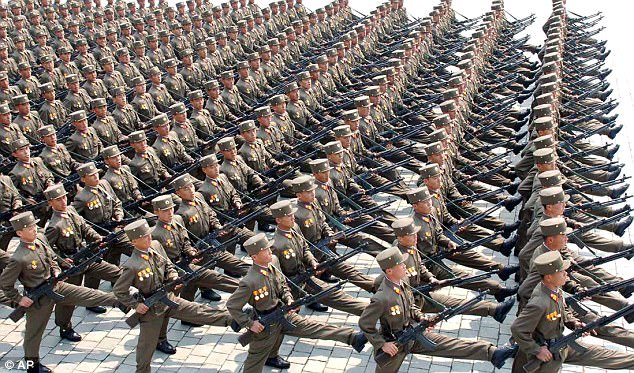 An additional source told the Daily NK[2] that “Young soldiers tired of relentless hunger are frequently deserting the army to steal food. Even military officers are encouraging the practice.”

Soldiers are being told that “war is imminent,” according to the source, adding “They are even threatening their soldiers, saying, ‘If you become malnourished despite permission to eat the corn, you will face difficulties.'”

This is because the United States has engaged in military exercises with South Korea in response to repeated missile launches that have been threatening Japan.

Military bombers have been flying over North Korea since their most recent launch, which has undoubtedly prompted the ramped-up response in the country. They know Trump isn’t going to take their crap, so they’re scrambling to put together a semi-effective military and the only way to do that is to keep them fed. People across North Korea are starving and now food rations are going to be even more scarce with the increase in demand for food by soldiers.

Trump took to Twitter in his usual fashion to condemn continued nuclear weapons development by Kim Jong-Un and to let them know that the time for negotiation is over.

“the US has been talking to North Korea, and paying them extortion money, for 25 years. Talking is not the answer!” This came after a missile flew threateningly close to Japan before breaking up and falling into the sea that separates the countries.

Will this tension end in armed conflict, or can we squash this some other way? Let us know!