U.S. Could Have Assassinated Kim Jong-Un On July 4th And They’re Making Sure He Knows It

The US military[1] is now saying they could have taken North Korea’s little troll Kim Jong-Un out during his last missile test. They had him in their crosshairs while he was strutting around the launch pad. Now, they are letting him know they could have taken him down. I just have one little question… WHY THE HELL DIDN’T YOU DO IT??? For all that is holy, why would you let an opportunity like that just slip through your fingers? They had a 70-minute window in which to eliminate a threat to the world and they screwed the pooch over it. Unfreaking believable. What the hell is wrong with you?

Calming down now. I have no idea if this is actually true. I’m hearing it from a number of reliable sources though, so chances are, it is. However, if you have a raving maniac with nuclear capabilities that wants to destroy who he calls ‘US bastards’, when you have him in your sights, you take the freaking shot. The day after Kim’s ICBM test, both the Americans and South Koreans told him they could have assassinated him if they had wanted to. It didn’t faze or scare Kim at all. Not surprised. 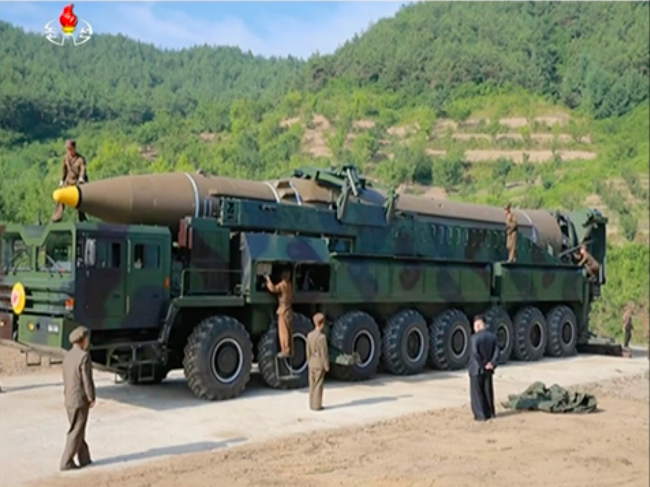 North Korean dictator Kim Jong Un is lucky to be alive, according to U.S. military officials who say that they had the communist leader in their crosshairs while he oversaw a missile launch earlier this month, Business Insider reported[3].

According to Business Insider[4], the U.S. military and intelligence personnel watched Kim Jong Un stroll around the launch pad of the Hwasong-14 intercontinental ballistic missile the nation tested July 4. An unnamed U.S. government source confirmed to The Diplomat’s Ankit Panda[5] that the U.S. observed Kim and the missile launch for 70 minutes.

Kim called the missile’s July 4 launch test a “gift” to the “American bastards”[6] as the U.S. celebrated Independence Day.

The following day, Business Insider reported, U.S. and South Korean forces revealed to the North Koreans that they had monitored Kim and the missile, then jointly launched a precision guided missile that South Korean President Moon Jae-in said was meant to make “more than statements.”

Rodger Baker, the lead Asia Pacific and South Asia analyst at geopolitical consulting firm Stratfor, says the important part of all this is the message we sent to Kim. That message would have been much more meaningful if he had taken a permanent dirt nap. Just sayin’. The message is loud and clear, according to Baker, who said that the US is telling North Korea there’s “no need to continue” the missile program, but that “if the program is continued” the US has shown it’s willing and capable to “strike it and Kim.” What is this? A game of nuclear chicken? We sound like five year-olds, not the strongest military in the world here.

Not striking falls in line with Secretary of State Rex Tillerson’s desire “to bring Kim Jong-Un to his senses, not his knees.” That right there, is a fatal mistake. I pray they rethink that stance because you can’t expect an insane tyrant to ever come to his senses. It’s not going to happen. I just want to scream at these people. They have no clue the game they are playing. Gen. Vincent K. Brooks, commander of American forces in Seoul, said shortly after the July 4th missile test that all that’s holding the US back from breaking the 1953 cease-fire with North Korea is “self-restraint[7].” With all due respect, I suggest you use more force and less ‘self-restraint’ before the NoKos send us back to the 1800’s with an EMP or three. Millions will die if that happens. All you’ve done here[8] is put Kim Jong-Un on notice to stay out of sight. Just brilliant. 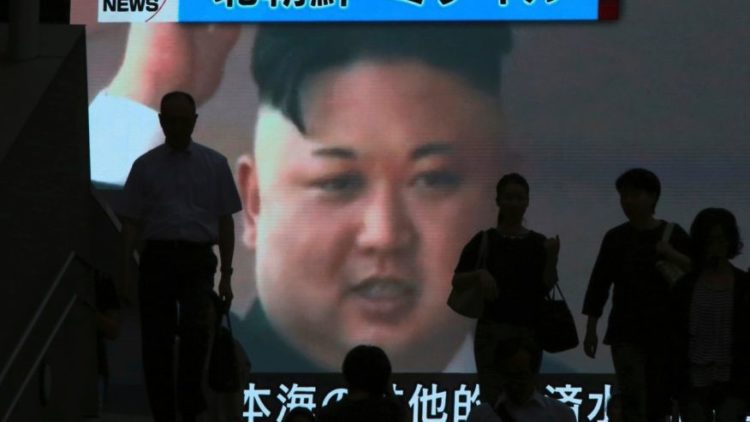