The House Freedom Caucus[1] is stepping up to the plate once more on Obamacare. They just filed a petition to force a clean repeal of it, out of committee and onto the floor for a vote. These are the true conservatives of the Republican Party. They want those both for and against a clean repeal on record, so Republicans can own their actions here and Americans know who betrayed them.

They are absolutely right here… it’s way past time for these Republicans to keep their word to the American people on repealing Obamacare. They’ve been promising us that for seven years and it’s time to pay up. “Republicans already sent this bill to the president in 2016, and should do it again. The only thing that changed since then is that with Donald Trump as president, this bill would actually be signed into law,” Rep. Walker said in a statement. “This repeal should be the bare minimum Republicans pass on Obamacare as it fulfills the promise we all made to repeal Obamacare. I look forward to signing this petition on the House Floor when we return from recess.” 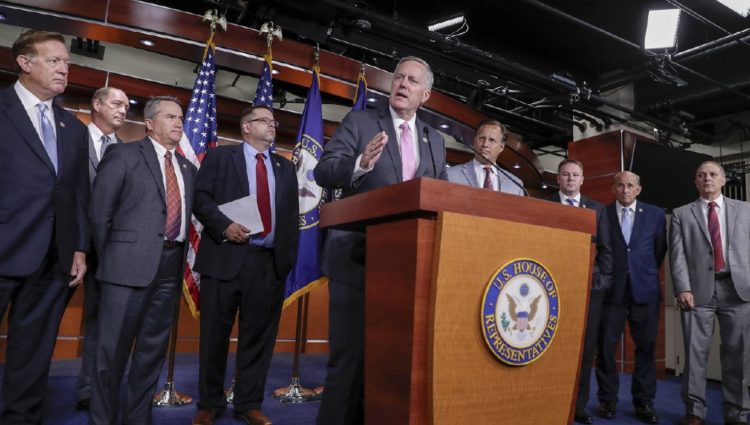 During a pro forma session, where there are no scheduled formal business proceedings, members of the House Freedom Caucus on Friday filed a petition to force the clean repeal of Obamacare, out of committee and to the floor for a vote.

“This is an effort by House conservatives to force a vote on the bill most already supported before, but also to get members on the record for or against clean repeal,” House Freedom Caucus spokeswoman Alyssa Farah told the Washington Examiner[3].

The House Freedom Caucus made the move after the Senate failed to pass the repeal-only aspect of the bill last month, despite similar legislation passing in 2015.

According to Freedom Caucus Chairman Rep. Mark Meadows (R-N.C.), it’s time for members of Congress to keep their “promise to the American people and repeal Obamacare and replace it with a policy that works for American families.”

In order to successfully[4] force the bill out of committee, the petition needs a simple majority of 218 signatures to pass. Freedom Caucus members Jim Jordan (R-Ohio), Tom Garrett (R-Va.) and Scott Perry (R-Pa.) immediately signed the petition. This should work and then we move on to the next step. However, it is widely expected to fail, which is a damning statement against Republicans if it does.

If this gets through, then Mitch McConnell needs to do his damn job and get it passed. Either that or resign. President Trump has been urging Congress to continue their efforts to repeal and replace Obamacare, but Senate leaders have said they are ready to move on to other priorities when they return from their August recess and plan to work to stabilize Obamacare’s exchanges. That is not acceptable in the least. Obamacare will still implode and millions of Americans will be hurt in the process. I hope every one of these Republicans who stood in the way of a clean repeal are voted out of office. Americans have had it with this insanity and dishonesty. 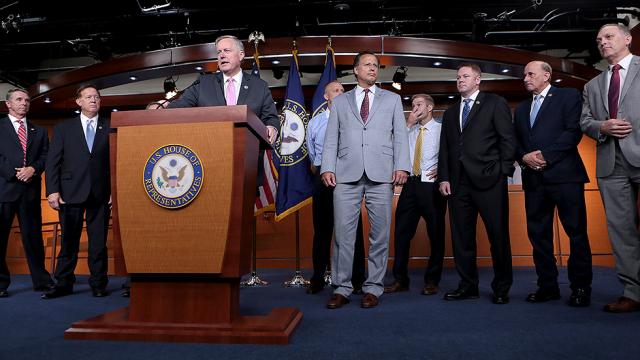