Cancer Survivor Signs Up for Obamacare, Loses Doctor; No Other Doctor for 400 Miles

Remember the early days of Obamacare, when we were promised that if we liked our doctors, we could keep them? Maybe Obama should explain that to Janet Griggs, a cancer survivor who signed up for Obamacare and promptly lost her doctor, and will need to pay hundreds of dollars out of pocket to pay for her cancer screenings. 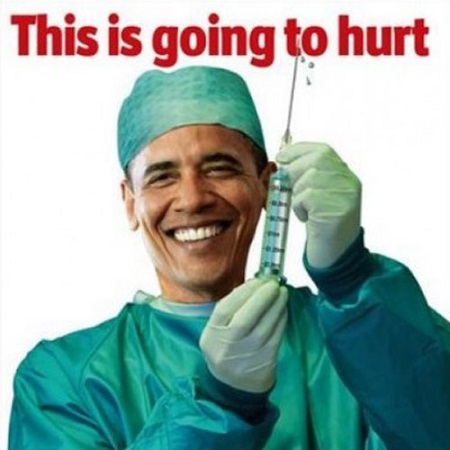 An Oklahoma woman signed up for a new health insurance plan—only to find that there’s not a doctor that will accept that plan within 400 miles. KTEN-TV reports that Janet Grigg, a cancer survivor, moved to Durant, Oklahoma to care for her elderly mother. But after signing onto a Blue Cross Blue Shield plan via the Obamacare website, she discovered she would need to pay out of pocket for her annual cancer screenings.

Worse, Grigg says she was told “that I would not find a doctor within a 400-mile radius from Dallas up to Oklahoma City that would, in fact, take the plan that I had chosen.”

It is worth pointing out that she does bear some of the responsibility, and perhaps could have done some research before purchasing the plan. However, it’s extremely telling that Obamacare would fail a cancer survivor so thoroughly — maybe if she hopes enough, she might get a little change.