Cornered: Dems give Obama 72 hours to fix Obamacare or else . . .

You know: Democrats: are in full panic mode when they break ranks withPresident Obama: and vow to vote with: Republicans: on legislation proposed by the GOP to fix: Obamacare. 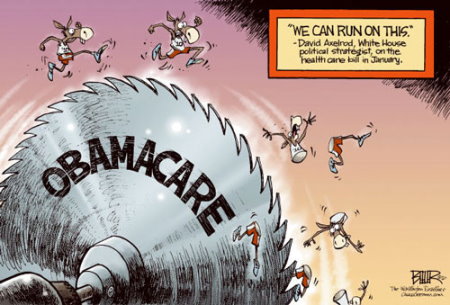 That is exactly what is happening as top Democrats are now urging Obama to “fix” healthcare by Friday or they will vote with the House GOP on proposed legislation that “would allow insurance companies the option of continuing all existing health plans for a year,” the Washington Post reported.

U.S. Sen. Dianne Feinstein’s: surprise announcement[2]: Tuesday that she will join fellow Democrats and cosponsor the “Keeping the Affordable Care Act Promise Act” showed yet another Democratic voice — including former President: Bill Clinton’s — calling on Obama to fix healthcare and stand behind his promises to Americans that they can keep their plans if they like them.