The Death Of Obamacare: First Steps In Repeal Coming By The End Of This Week [VIDEO] 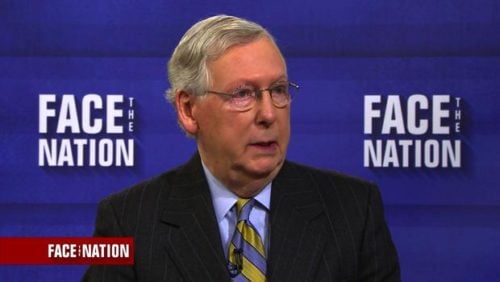 Senator Mitch McConnell[2] appeared on CBS with John Dickerson. He commented on a number of important issues including Obamacare which he characterized as being “in a full scale meltdown.” He also said that “eight out of ten Americans either want it replaced entirely or significantly changed.”

He stated that the first actions needed for repeal would be taken by the Senate by the end of this week.

Finally, the US will be rid of this awful behemoth of a plan forced on us by Obama and the Democrats. It has cost us all far too much and no, we didn’t get to keep our doctors or our plans. Our deductibles went up astronomically. Our coverage got exponentially more terrible. If Trump and Congress keep their election promises, we may yet return to having the best healthcare on the planet. But what is needed is not “replacement.” It needs to be repealed and then let the free market reign. We will have the very best care at the very best cost. Americans are waiting, Senator McConnell, don’t let us down.

See video of interview below.