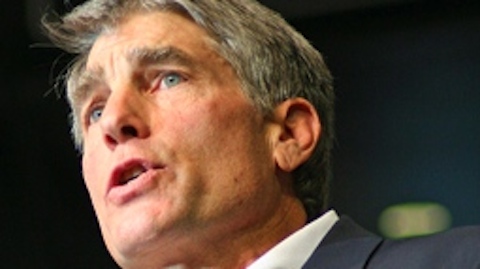 Trying to temper the: Obamacare rollout disaster, a U.S. senator pressured his state insurance division to either fudge the number of people who lost their insurance plans after the rollout or to redefine the term “cancellation.”

In a Nov. 14 email, a state official said U.S. Sen.: Mark Udall, D-Colo., had asked the: Colorado Division of Insurance: to revise its estimate that 249,000 state residents had their policies cancelled, according to: The Complete Colorado.

Udall voted for the Affordable Care Act and is up for re-election this year.

The internal Insurance Division email, sent by Director of External Affairs Jo Donlin and obtained by The Complete Colorado, said:

Sen. Udall says our numbers were wrong. They are not wrong. Cancellation notices affected 249,199 people. They want to trash our numbers. I’m holding strong while we get more details. Many have already done early renewals. Regardless, they received cancellation notices. Donlin explained the Division of Insurance numbers to members of Udall’s staff the following day, and less than two hours later, she emailed the following message to her colleagues and Colorado Gov. John Hickenlooper’s office:

“Following my e-mail, I received a very hostile phone call from Udall’s deputy chief of staff. [Insurance Commissioner] Marguerite [Salazar] is on the phone with [Udall’s] chief of staff right now. Happy Friday!”

Udall’s request that the state agency essentially cook the books on cancellations came one day after President Obama signed an executive order allowing policyholders to keep their health plans.

”We need to move on this ASAP — or we’ll be forced to challenge the 249K number ourselves. It is wildly off or at least very misleading and reporters keep repeating it.”

Then Udall’s office did exactly that, fudging the Insurance Division’s numbers and issuing a statement to The: Denver Post, which reported that afternoon:

More than two-thirds of the 250,000 people whose health policies the state Division of Insurance said last week were “terminated” have actually been offered renewals of existing plans through 2014, according to research by U.S. Sen. Mark Udall’s office.

Politicians often say, “I don’t need this job – I only want to serve.” But when push comes to shove, they’ll resort to almost anything to keep it – including intimidation.