Even The Chicago Tribune Says It’s Time To Repeal Obamacare

It seems significant that Barack Obama’s liberal hometown paper is now saying that we need to repeal Obamacare[1]. 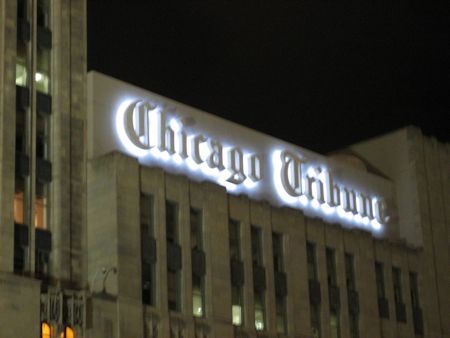 …As Friday dawns, here’s what a health insurance crisis looks like to many millions of Americans: Barely six weeks shy of 2014, they do not know whether they will have medical coverage Jan. 1. Or which hospitals and doctors they might patronize. Or what they may pay to protect themselves and their families against the chance of medical and financial catastrophe. How much, that is, they may pay in order to satisfy the Democratic politicians and federal bureaucrats who are worsening a metastasizing health coverage fiasco.

For perhaps 5 million of those Americans thus far – estimates vary – the Washington-ordered cancellation of their policies is especially maddening. In the past these people took responsibility for their coverage and bought policies that balanced their needs, finances and personal choices. Congress and President Barack Obama, by enacting the Affordable Care Act, in effect ordered insurers to dismantle many of those individual plans – and cancel those policies.

The Americans manhandled by this exercise in government arrogance now find themselves divided into warring tribes: Those with chronic ailments who have found new plans on Obamacare exchanges and are pleased. Those who don’t want or can’t afford the replacement policies Obamacare offers them. Those whose new policies block them from using the health providers who have treated them for many years. The estimated 23 million to 41 million people whose employer-sponsored plans are the next to be imperiled. And on and on.

…On some level, then, the president plainly agrees with critics of Obamacare, this page included, that the law needs to be rewritten: He and his administration keep rewriting its major components – remember the mandate that sizable employers offer coverage in 2014? – as practicalities and politics demand.

But in this country we don’t change bad laws by presidential fiat. We change them by having Congress rewrite them or by starting from scratch. Obama doesn’t want to reopen this law for fear that Republicans and some Democrats will substantially rewrite it. But that’s what has to happen.

We understand why the president and leaders of his party want to rescue whatever they can of Obamacare. On their watch, official Washington has blown the launch of a new entitlement program … under the schedule they alone set in early 2010.

What we don’t understand is their reluctance to give that failure more than lip service. Many of the Americans who heard their president say Thursday that “we fumbled the rollout of this health care law” would have been pleased to hear him add: So we’re admitting it. This law is a bust. We’re starting over.

In other words, we’re destroying America’s healthcare system because Obama and the Democrats would be embarrassed if they had to admit that they so botched the entire process that we need to start over. Their embarrassment is understandable since Republicans predicted every single problem the law has had so far before the bill was even passed except for the disastrous website rollout that was so simplistic that they figured even Obama could get that right.

Sadly, we gave him too much credit.