Remember when Obama again and again and again promised that ObamaCare would reduce health insurance premiums by $2,500 per family per year? This is what actually happened after they rammed ObamaCare through in the dead of night without a single Republican vote:

Obamacare introduced new regulations into the health care marketplace that contributed to premiums doubling after the legislation took full effect in 2014, according to a report the Department of Health and Human Services (HHS) released Tuesday evening.

Yet simply repealing this monstrous legislation, which was also promised many times, is no longer an option, now that Republicans actually have the power to do it. Maybe one day they will manage to replace it with ObamaCare Lite. 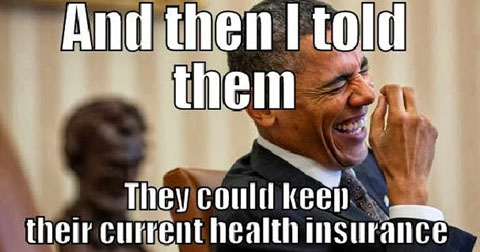