Honorary Democrat John McCain is dedicated to keeping Obamacare whole, despite the fact that it is legislation that has harmed a great many people in the United States and in his state of Arizona. Apparently none of that matters to him, as he has taken the position of making any sort to alteration impossible, no matter how much it would improve life for millions of Americans who can’t currently afford insurance (like myself.)

Also offensive is the fact that he is suddenly pretending to care how much this will cost, when that has never been a concern of his before Trump took office. Now he’s pretending to be a real Republican? Spare me. 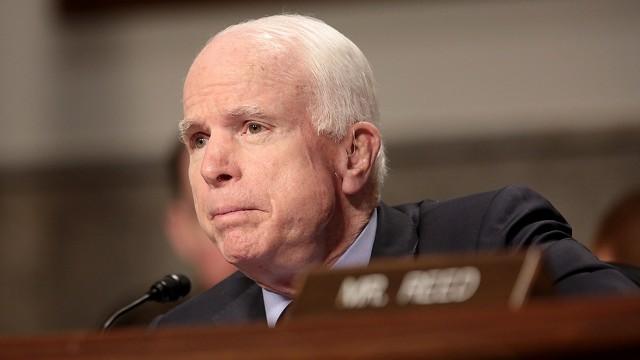 He released a statement regarding why he refused to vote for the Graham-Cassidy Obamacare repeal bill, which really wasn’t even a full repeal to begin with. The fact that he couldn’t even bring his unprincipled self to approve this legislation lets everyone know where he really stands on the issue of Obamacare.

“I cannot in good conscience vote for the Graham-Cassidy proposal,” it read. “I believe we could do better working together, Republicans and Democrats, and have not yet really tried. Nor could I support it without knowing how much it will cost, how it will effect insurance premiums, and how many people will be helped or hurt by it. Without a full CBO score, which won’t be available by the end of the month, we won’t have reliable answers to any of those questions.”

I would love if Republicans and Democrats could come together to work in the best interests of the American people. That would please me to no end. The fundamental problem we run into when discussing healthcare with both parties is that half of America doesn’t think that the government has the responsibility or the right to run the country’s healthcare industry, and the other half wants a Canadian-style system in which healthcare is “free” as long as you pay an absurd amount in taxes to make it so.

McCain has proven not once, but twice that he doesn’t think like the majority of the Republican party and will fight to preserve Obamacare until he gets his way, despite not telling anyone what he wants. (Is he a woman?)

He even made the pathetic attempt to save face by saying that he doesn’t like standing against legislation sponsored by his colleagues, but thinks that it will force Dems and Repubs to work together to come up with a bipartisan solution that both parties can support.

“I hope that in the months ahead, we can join with colleagues on both sides of the aisle to arrive at a compromise solution that is acceptable to most of us, and serves the interests of Americans as best we can,” he concluded his statement.

I have had it with this guy. Why are people still voting for him when he clearly works against their interests?