Now, About Those Death Panels…

Turns out, they were written into the bill:[1]

The Affordable Care Act contains provisions for “death panels,” which decide which critically-ill patients receive care and which won’t, according to Mark Halperin, senior political analyst for Time magazine.

“It’s built into the plan. It’s not like a guess or like a judgment. That’s going to be part of how costs are controlled,” Halperin told “The Steve Malzberg Show” on Newsmax TV.

Halperin’s right — this is all in the law. It’s right there. You can read it.

As you could have four years ago.

As the media, particularly, could have four years ago. 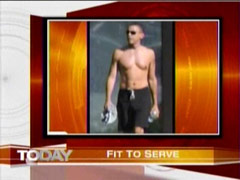 Hard to read a bill when your eyes are all glassed over.[4]