NY Times Wonders If It’s OK To Lie To Get Faith Based Insurance, Because Ocare Is Really Expensive And Failing 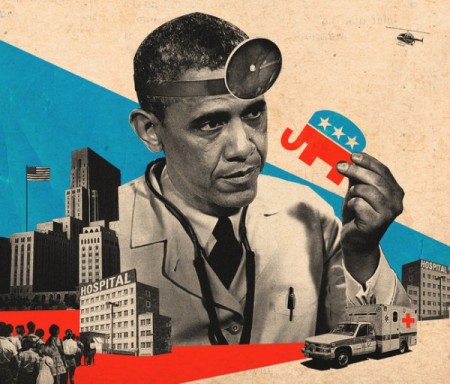 As usual, there are lots of fun opinion pieces at the highly leftist NY Times. The Editorial Board is whining about Trump using social media[2] to reach directly to We The People. Frank Bruni is losing it[3] over Trump taking a hard look at people to serve in his administration. Liberals in the comments are upset that Nicholas Kristoff has a problem with the close-mindedness on college campuses[4]. And, finally, we get a Typical Liberal Complaint[5] about the movie Moana.

That said, Hillary Rosner provides the hilarity, as she attempts to slam faith based insurance plans, and those who are religious, but, she unintentionally exposes just how bad Obamacare actually is

Should I Lie About My Beliefs to Get Health Insurance?[6]

HERE’S an ethical dilemma. If you could save your family more than $8,000 next year simply by signing a statement affirming belief in principles you find repugnant, would you?

It sounds absurd. But in fact that’s the position I’m in this week, thanks to a loophole in the Patient Protection and Affordable Care Act, otherwise known as Obamacare. My health insurance poses a financial hardship to my family. All I have to do to lower my yearly bills by thousands of dollars is use my John Hancock to denounce gay marriage and a woman’s right to control her reproductive destiny.

She spends a lot of time slamming what is known as the statement of standards[7] for Altrua HealthShare[8], a non-health insurance health insurance (you read that right), even though it would save her $8400 a year. Here’s what it says

Funny that she fails to mention the first and last ones. But, yes, according to the word of God, marriage is between a man and a woman. If she wants to control her reproductive destiny, how about practicing sex whereas she doesn’t get pregnant mistakenly? There are a wide range of methods, such as condoms and the Pill, to avoid this happening.

Anyhow, this is all meant to slam this type of religiosity and all those mean people. But, here’s where it gets funny

By Dec. 15, like many Americans, I need to choose a new health insurance plan for 2017. I am a freelance journalist and editor. My husband runs a small business that pays him a salary but no benefits. We are among the millions of Americans who, under the Affordable Care Act, buy individual insurance through an increasingly expensive and inadequate marketplace. Since the law went into effect, monthly premiums for my family of three have already more than doubled, from $450 a month to $930. (In Colorado, my home state, 2017 rates are on average 20 percent higher than they were in 2016; in some counties that number is 40 percent.) On top of that, high deductibles mean we pay for nearly everything ourselves. In 2016, between monthly premiums and out-of-pocket costs, we’ve spent roughly $20,000 on health care.

Our new plan, the fourth in four years, is being discontinued, so we must again seek new insurance. We don’t qualify for federal subsidies. I’ve got six months of 2015 insurance premiums accruing interest on a credit card, and a $4,200 bill for a four-hour emergency room visit sits menacingly on my desk. The number of insurers offering individual plans in Colorado, as in many other states, has dwindled; there are now only three companies — Anthem, Cigna and Kaiser — left in our ZIP code. (In 14 Colorado counties, there is only one provider offering plans.) Only one of our longtime doctors participates in any of these 2017 A.C.A.-plan networks.

She totally supports Ocare, as does her husband, but, admits that it’s passage has totally reduced her quality of life. Because it is terrible. Expensive. Hard to use. Failing.

She ultimately decided she couldn’t join a faith based health share, so, instead of $500 a month with a yearly $1000 deductible (and a requirement[9] to treat medical professionals with respect), she went with a $1,200 a month plan (no mention of deductible), and will, surprise!, have to give up the O.B. practice she’d been using for a long, long time. The one she liked.

Roughly 625,000 people belonged to health sharing ministries as of September; that number is sure to rise as people like me balk at their diminishing options. As Republicans grapple with the Affordable Care Act, it would be wise for them to keep in mind that, like it or not, America is composed of people with different backgrounds, ethnicities and beliefs. The answer is not to repeal the law, which could result in more than 23 million Americans [10]losing their coverage. The answer is to find solutions that allow all working families to find affordable health care that doesn’t demand choosing between their ethics and their ability to provide for their children.

Again, an attempt to slam people , she exposes that the name of the law, the Patient Protection and Affordable Care Act, is an utter misnomer and a lie. And why it should be repealed and replaced with something that works.