Democrats were willing to go to unseemly extremes that cost them dearly in the short term to ram through ObamaCare because establishing health insurance as an entitlement is a major click of the ratchet toward socialism. As predicted, Republicans are using their control of Washington not to repeal ObamaCare as they have been promising for the past 7 years, but to lock it in forever by “repealing and replacing” it. Only now is the ObamaCare ratchet clicking firmly into place, so that the right to have someone else pay for their health insurance can never be taken away from those who enjoy it. Despite a potential setback for the coercive funding of abortion, WaPo ought to be breaking out champagne:

House Republicans on Monday released long-anticipated legislation to supplant the Affordable Care Act with a more conservative vision for the nation’s health-care system, replacing federal insurance subsidies with a new form of individual tax credits and grants to help states shape their own policies.

Only some of the packaging is conservative. There is nothing conservative about imposing an extravagantly expensive entitlement when we are already $20 trillion in the hole.

There is also nothing conservative about using the IRS to redistribute wealth, which is what they mean by “tax credits.”

The legislation would preserve two of the most popular features of the 2010 health-care law, letting young adults stay on their parents’ health plans until age 26 and forbidding insurers to deny coverage or charge more to people with preexisting medical problems.

For insurers not to lose their shirts paying for healthcare for the elderly, they have to sell insurance to the young and healthy. This is not easy to do when the federal government forces them to let grown adults piggyback on their parents’ insurance until they are pushing middle age.

If insurers are forbidden to deny insurance to those with preexisting conditions, then they are not insurers; they have been conscripted by the government to serve as an arm of the welfare state.

Imagine homeowner insurance provided on the same principle, so you could wait until your house burns down and then buy the insurance.

Nothing this insane can survive unless it is propped up with massive quantities of taxpayer money.

There is no precedent for Congress to reverse a major program of social benefits once it has taken effect and reached millions of Americans.

ObamaCare may be renamed, but it will never be repealed. 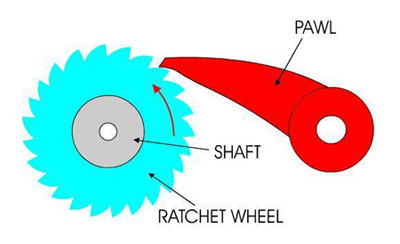 On tips from J. Cross-posted at Moonbattery.