Obamacare Is Causing An 88 Percent Insurance Hike In Ohio

Conservatives fought Obamacare tooth and nail. We tried to warn people. We told them that the whole bill was being sold with lies. Most Americans believed us and the rest should now because every prediction about how disastrous Obamacare was going to be is being proven true. Just look at what’s happening to insurance costs in Ohio[1]. 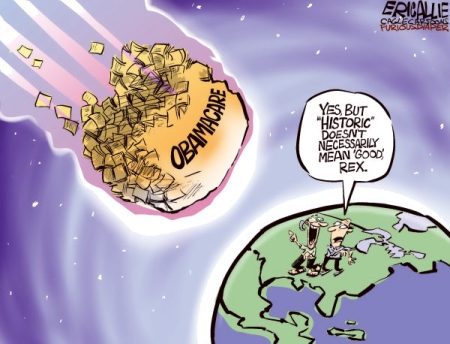 The Ohio Department of Insurance predicts premiums in 2014 will rise by 88 percent, a direct result of President Obama’s Patient Protection and Affordable Care Act.
The average cost of insurance premiums will stand about $420, “representing an increase of 88 percent” compared to 2013, the department reported, Forbes said.