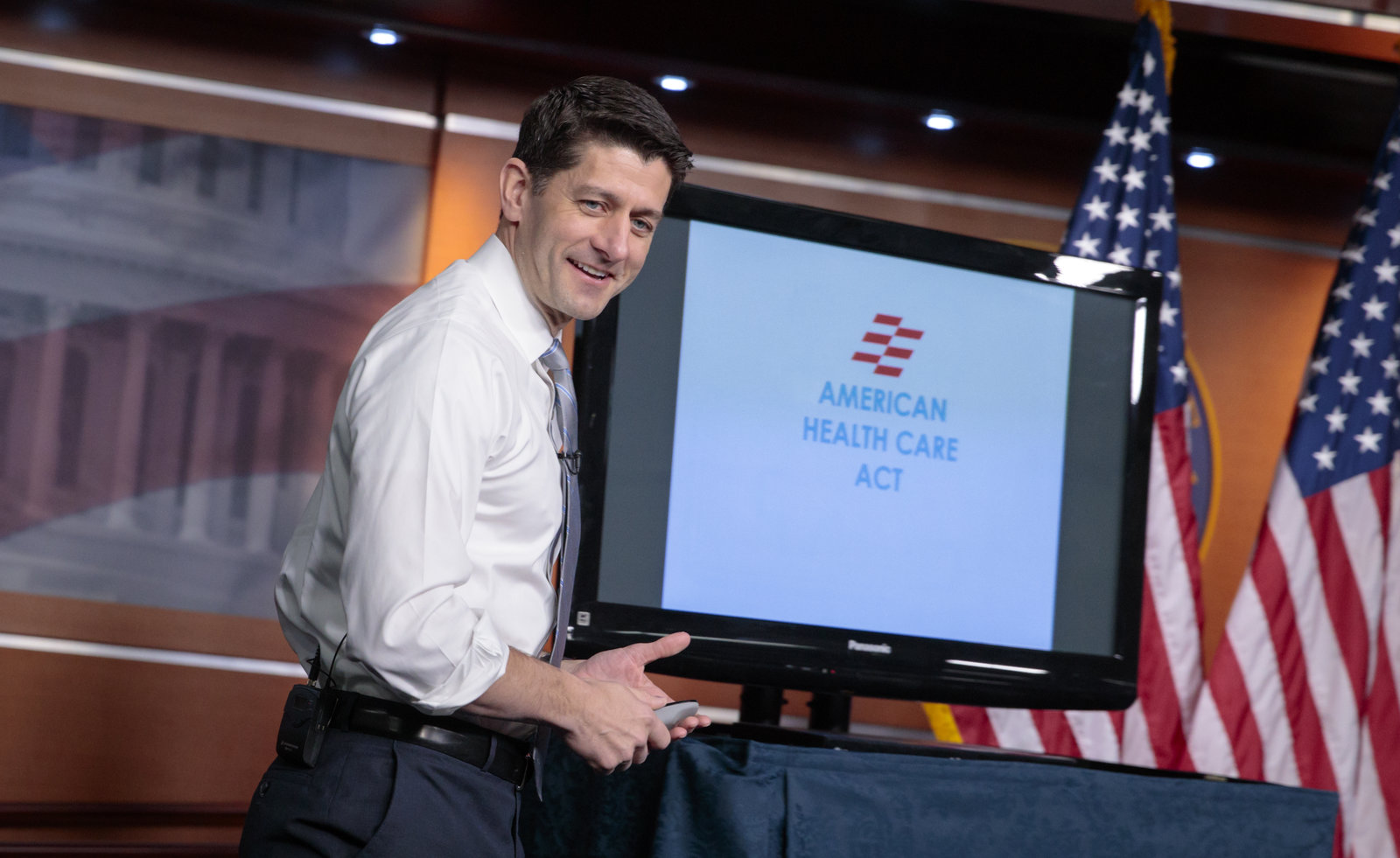 So, this happened Thursday (and Ryan was trolled[2] rather hard on Twitter, but, then, that always happens on Twitter)

(NPR[3]) “This is the chance. This is a once-in-a-lifetime opportunity,” said the speaker, roving the stage with a wireless mic, gesturing at both the audience in front of him and the PowerPoint presentation behind him.

After listening to conservative groups like the Club For Growth blast the bill as a “warmed-over substitute for government-run health care,” Ryan went on offense, saying this is just the first step of an ongoing overhaul of the health system.

Well, really, the GOP has two years to get it done before the 2018 midterms hit, at which point there’s always the possibility the GOP loses the Senate. They could sit there and craft a much better bill. Why won’t they?

The bill, drafted by Ryan and other House Republican leaders, cleared a key hurdle Thursday, passing two House committees after marathon markup sessions. But many members from the Tea Party wing are upset that it keeps too much of the Affordable Care Act in place and effectively replaces the law’s signature tax with a heavy surcharge assessed to people who forgo health insurance.

“There are only so many things you can do in that bill because of Senate floor rules, reconciliation,” Ryan said. “You can’t put everything you want in that legislation, because if you did it would be filibustered, and you couldn’t even bring it up for a vote in the Senate.”

This was not about convincing Democrats, who will be the party of no on any Ocare repeal and replace attempt….even though the mass majority who are left in Congress who voted for it have continuously refused to actually campaign on that vote…it’s about convincing Republicans. Many are still not biting.

Now, Ryan is correct on reconciliation. Here’s the problem: if this is the only way to get past reconciliation, what about the follow up legislation, such as for allowing health insurance across state lines? If it won’t work in this bill, how will it and the other ideas pass muster to get past the 60 vote threshold in the future?