Pregnant Woman Loses Her Insurance Because of Obamacare

Democrats laugh off the lies Obama told to sell Obamacare, but real people are being hurt because of the law forced on an unwilling country[1]. 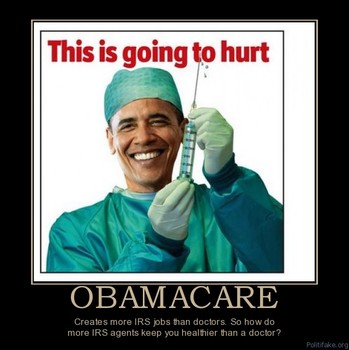 Fullerton resident Jennifer Harris thought she had a great deal, paying $98 a month for an individual plan through Health Net Inc. She got a rude surprise this month when the company said it would cancel her policy at the end of this year. Her current plan does not conform with the new federal rules, which require more generous levels of coverage.

Now Harris, a self-employed lawyer, must shop for replacement insurance. The cheapest plan she has found will cost her $238 a month. She and her husband don’t qualify for federal premium subsidies because they earn too much money, about $80,000 a year combined.

“It doesn’t seem right to make the middle class pay so much more in order to give health insurance to everybody else,” said Harris, who is three months pregnant. “This increase is simply not affordable.”

Jennifer Harris is going to be paying 242% more for her insurance because of the Democrats. That sounds more like a “war on women” than anything the Republicans have ever done.