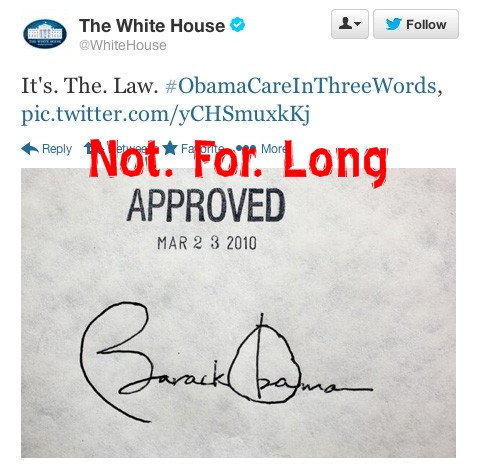 Republicans are starting to release their plans to replace the deplorable Obamacare. Senators Bill Cassidy and Susan Collins[2] introduced a very squishy plan. We’re awaiting plans from Paul Ryan and President Trump. And there were plenty bandied about during the Obama years. Which will win out?

The bill would remove parts of the Affordable Care Act, including the individual mandate and minimum standards for care. It would also provide a two-year window for people with preexisting conditions to sign up for care.

It also includes new provisions such as an expanded ability for insurers to sell plans in multiple states and a $5,000 tax credit that people can put toward a health savings account.

The bill, named the Obamacare Replacement Act, would eliminate several provisions of the ACA, including the individual mandate and minimums on coverage standards. The bill’s fact sheet[4] doesn’t mention any provision to allow parents to keep a child on their insurance until they turn 26.

For all the humor at kids staying on their parents insurance that late, it’s actually a good way to keep the young and healthy in the insurance pools.

Well, if they have preexisting conditions, one would think that they would sign up. One thing that seems to be missing from most plans is the notion of not being kicked off plans for getting sick. It’s a little different from getting kicked off your auto insurance plan because you’re a terrible driver.

Additionally, the bill would provide every American a tax credit worth up to $5,000 for contributions to a health savings account to put toward health insurance and other healthcare costs.

“Getting government out of the American people’s way and putting them back in charge of their own healthcare decisions will deliver a strong, efficient system that doesn’t force them to empty out their pockets to cover their medical bills,” Paul, who is also an ophthalmologist, said in a press release announcing the bill.

And that’s the whole point.