With the demise of the GOP’s Obamacare replacement, there are a lot of questions as to what the next move will be. Some have speculated that this shows disarray in the Republican-led Congress; others have said it’s a sign that Obamacare is here to stay. But Democrats shouldn’t celebrate too much just yet; a new bill has been introduced to repeal Obamacare[1] once and for all. 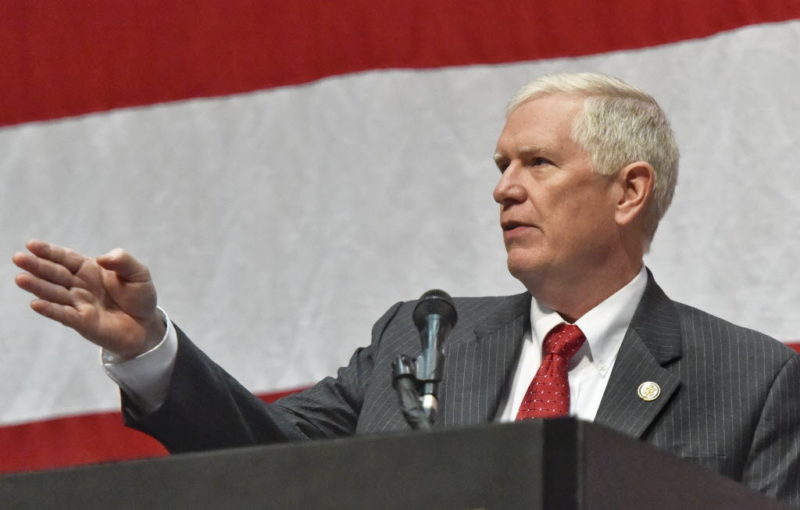 Rep. Mo Brooks has filed a bill in the House to get rid of Obamacare and it’s only two pages long. It’s called the Patient Protection and Affordable Care Act and the bill states, “This Act may be cited as the ‘Obamacare Repeal Act’.”

And to make it even better, the bill uses just one sentence to get its point across. “Effective as of Dec. 31, 2017, the Patient Protection and Affordable Care Act is repealed, and the provisions of law amended or repealed by such Act are restored or revived as if such Act had not been enacted,” it reads.

Under Brooks’ bill, Obamacare would not be the only thing repealed. It would also get rid of the Health Care and Education Reconciliation Act of 2010, also considered to be part of “Obamacare.”

Brooks was one of many Republicans who opposed the Obamacare replacement bill championed by Donald Trump and Paul Ryan, and announced last Friday that he would be voting against it. That bill was ultimately pulled, due to lack of support and Brooks said that he would introduce a bill to repeal Obamacare instead. A man of his word, it took him less than a week to follow through. There are currently no co-sponsors.

He made sure to challenge his fellow Republicans in supporting the bill. “If the American people want to repeal Obamacare, this is their last, best chance during the 115th Congress,” he said. “Those Congressmen who are sincere about repealing Obamacare may prove it by signing the discharge petition. At a minimum, the discharge petition will, like the sun burning away the fog, show American voters who really wants to repeal Obamacare and who merely acts that way during election time.”

Do you support repealing Obamacare?